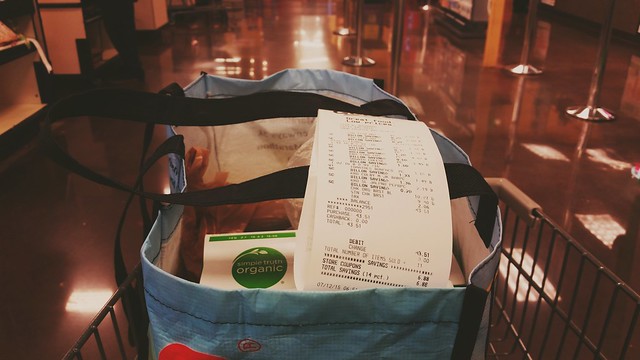 There’s nothing I like less than a hot kitchen when it’s hot outside. We’ve enjoyed a mild (albeit wet) summer up until this week, and now the heat is literally on — awesome timing given my goal to do more food prep ahead of time. 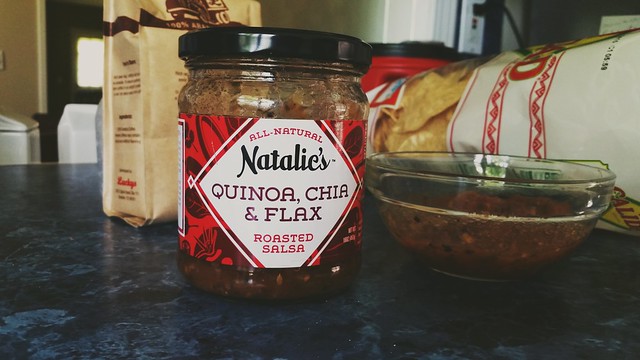 Sunday we had a hodge-podge of cold salads, chicken burritos, and refrigerator leftovers. And we’ve started the week with taco salads, which surprisingly we haven’t had in a long time. If you’ve been following us for some time, you know that I practically lived on them while I was pregnant. I also had quite a bit of the above salsa, which I think is now my favorite thing ever. Awesome roasted flavor and a really nice texture.

They are awesome in the summer because it doesn’t matter if they are hot or cold, but they don’t leave you feeling unfulfilled. Speaking of some of my summer faves that don’t require a lot of kitchen time:

I forget that I was actually a food blogger in another life. Lots of awesome, but so much work! 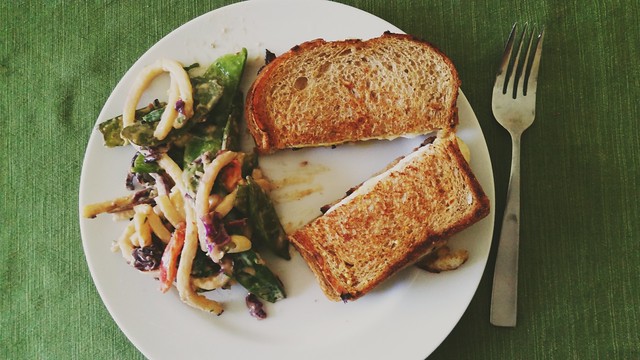 Chicken and egg sandwiches have been on the menu for lunches, and cold cereal and oatmeal for breakfast. Hot weather just hasn’t really put us in the mood for anything complicated or hot…

However, we’re closing out the week with baked chicken, roasted broccoli and mashed potatoes. I feel like we eat this a lot, but it’s purely because Kaitlan loves both broccoli and potatoes, and we don’t have to prep anything differently. Watching her eat mashed potatoes has to be just about the most adorable thing ever — aside from everything else she does.

I’m currently meal planning for a trip we have coming up next week. While trips used to be super easy to plan, it’s a whole other ball game with a somewhat independently eating baby. I’ll let you know how it goes.