I’m going to go ahead and combine pregnancy weeks 20 and 21. Some weeks are pretty similar and rather than try to break it out and sound redundant, I’d rather just make one update for sets of weeks like these. And they been exciting weeks! 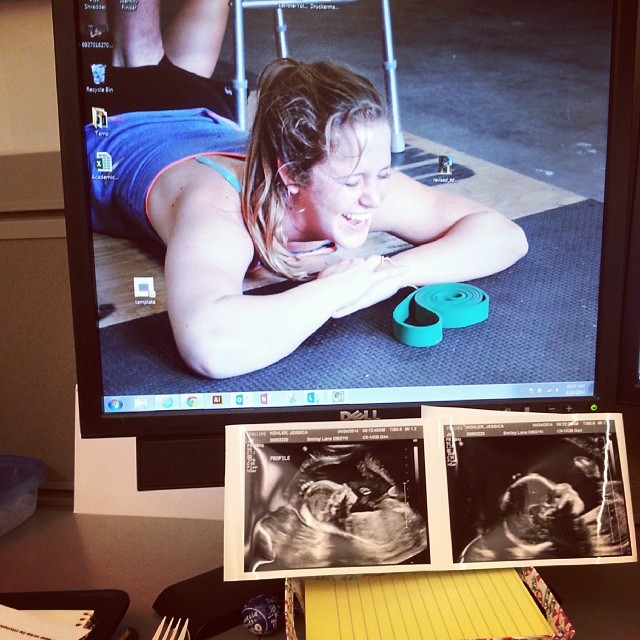 If you saw my short update on Friday, we found out on Thursday (week 21) that we are having a little girl! I can say now that I think both Neil and I were on “team girl” and everyone around us was DEFINITELY on team girl. I would have actually really felt for the kid had he been a boy. Now that we know, I’m excited to share that we’ve decided to name our little girl Kaitlan.

It was a no brainer. Kaitlan was brilliant, beautiful, and more alive than anyone we’d ever met and I can’t think of anyone I’d like my daughter to be like more. We wanted our baby’s name to be meaningful and indicative of the things we value. I was named for Jessica Savitch because my dad thought she was smart and beautiful, and Neil was given both a family name (James) and named for Neil Young. We haven’t gotten around to middle names but just being able to say “she” and call her by her name is already so exciting.

The other huge development is that her kicks can now be felt from the outside! I feel like she went from slight flutters that only I could feel to full-on kicks and body rolls in the course of a week. She is a SUPER active little person and already seems to keep a schedule — becoming active around 9am, noon, and 9pm like clockwork every day. The first two obviously coincide with my usual breakfast and lunch times, but why 9pm-ish every night I have no idea. I’ve taken to calling it her “witching hour.” Neil finally got to feel these kicks over the weekend!

I have days where I’ve relaxed and enjoyed being pregnant, and other days where I really miss my body being my own and all that comes with that. Things as little as sleeping on my back comfortably to being able to go all out in a workout or not having to pee three times. I also still really miss my smaller boobs. Still, everyone’s reassurances are definitely true, time is FLYING. I’m rolling toward the middle twenties and third trimester feels like it will be here before I know it.

Still on the protein/lower carb train. I had my weekly cheat meal of a mushroom and swiss burger with fries at Dinker’s in Omaha while visiting my brother and attending Neil’s race over the weekend. They definitely have arguably the best burgers in Omaha as advertised. 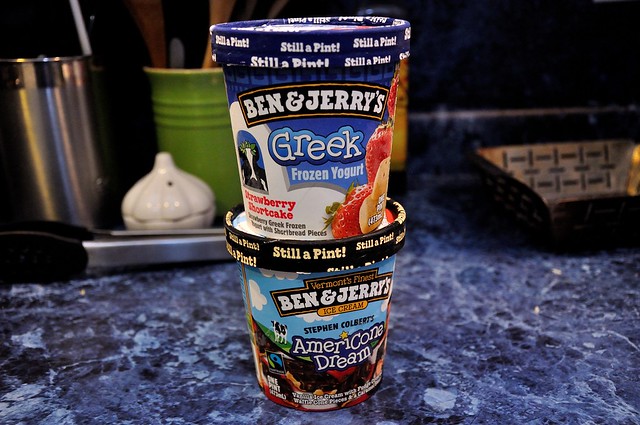 Neil also bought me some Ben and Jerry’s Strawberry Shortcake Frozen Greek Yogurt on Sunday, so I had a little bit of that and it was to die for. We’d just had dinner (taco salad again!) and he looked over at me and said “I’m craving ice cream,” then dashed out the door and came home with two pints. I have a feeling he sometimes wishes I’d have more junk pregnancy cravings, so I was happy to oblige this round. After all, he did manage to track down hard-boiled eggs for me while we were on the road for his race.

Rawr! Going like gangbusters, and feeling really good. I keep waiting for the ball to drop (knock on wood) but as long as I take it easy, I am still so capable. Instead of capping the workouts, I’ll just give you a little rundown of 2nd trimester scaling. Expect a much longer recap like I did for 1st trimester in a few weeks. 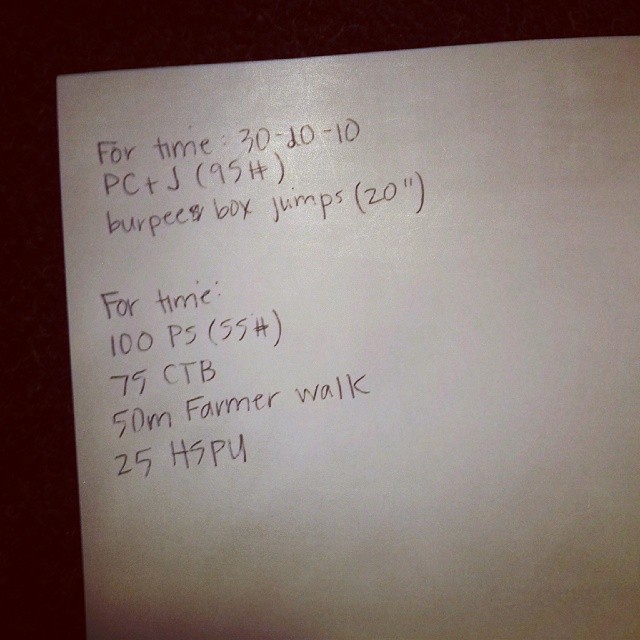 With the onset of second trimester, I was able to recover much of the energy loss and fatigue I experienced in first trimester. While this is well and good for making me feel much more capable and less frustrated, the rules for intensity and movements abandoned in first trimester still apply. Additionally, there have been a few other scales I’ve implemented.

A much more comprehensive write-up for 2nd trimester is in the works. Then it’s on to third! Here are some belly pics, messy hair and all: 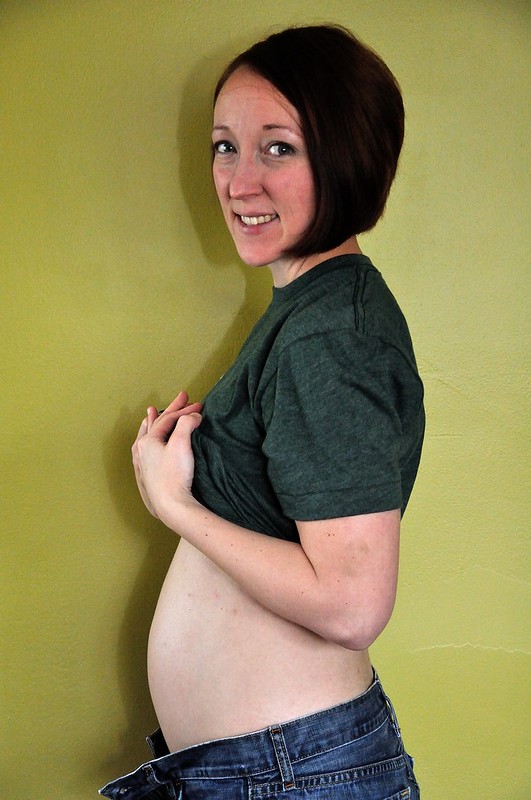 And for the hell of it, one for the front… 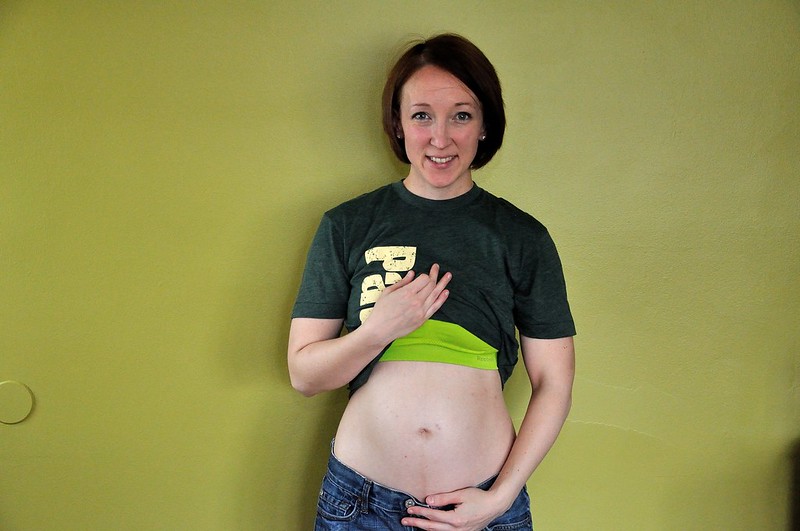 Random fact: I’ve had a Linea Nigra my entire life. I don’t know why, but it’s in all my pictures from toddler on. At least I can’t be sad when one shows up right?