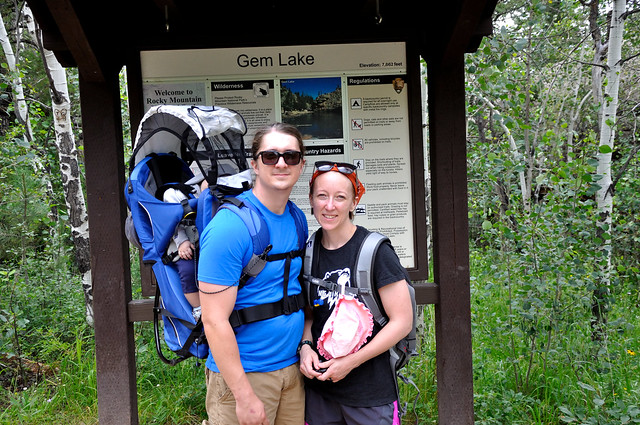 Wanted to do a little “photo dump” of our vacation before it all left my short-term memory!

When we were weighing the “if/when” of vacationing with Kaitlan this year, we knew going in that she wouldn’t remember any of it, and that it was mostly an experience for us. Still, we wanted something that day-to-day she’d get a kick out of, but that was doable and still enjoyable for us too. We settled on the idea that it was best to travel somewhere we were somewhat familiar, and of course Estes Park, Colorado immediately came to mind. It’s where we spent our honeymoon and our 4th anniversary two years ago. 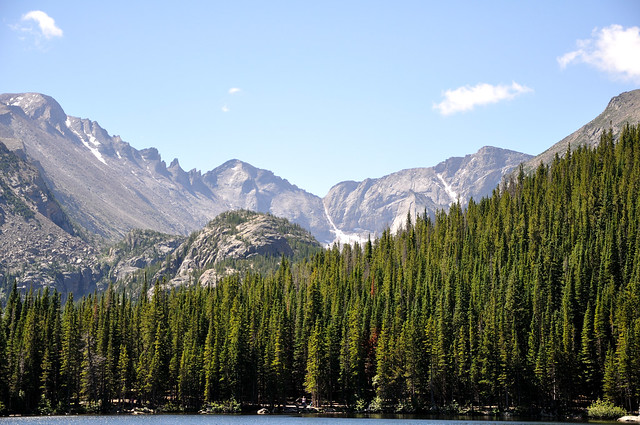 Traditionally, we’ve always tent camped at Aspenglen, just inside the RMNP, but we knew tenting would be a tall order with a nearly 1 year-old. So on the advice of some friends local to the area, we ended up choosing and renting a lovely cabin at the Rustic River Cabins (just a few minutes outside Estes) for 5 nights. 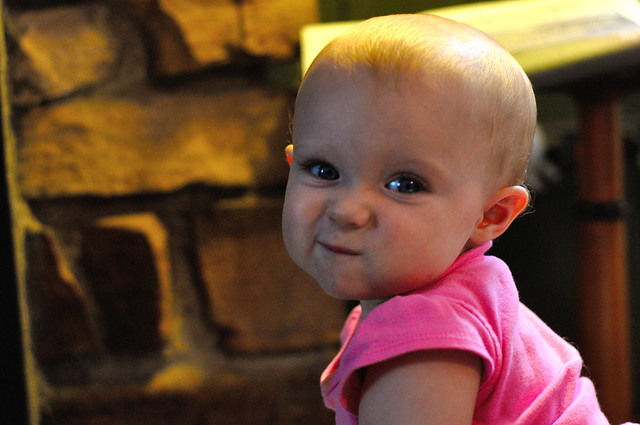 The cabin was perfect, just big enough to stretch out and let Kaitlan crawl and play, and yet cozy enough to still feel like we weren’t just in a house for the week. The amenities made the day-to-day nearly effortless, and we were able to spend much more time just relaxing. 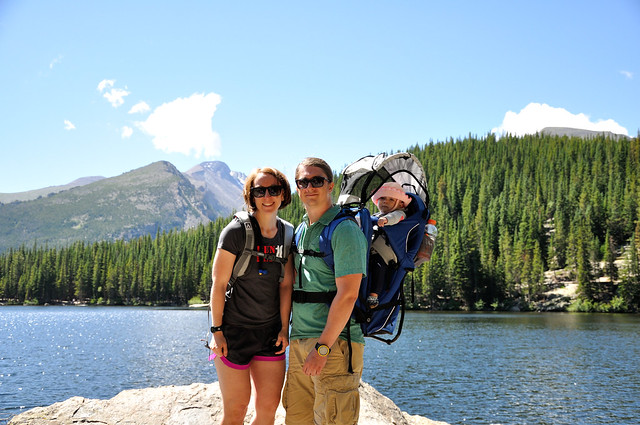 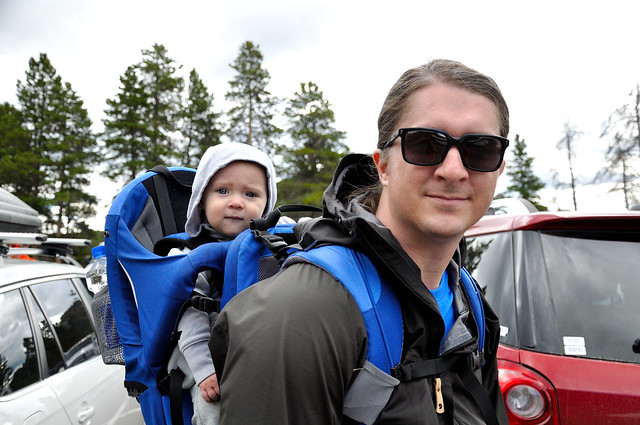 The one other “big” choice we made for the trip was to buy a pack to carry Kaitlan in. Neil handled the details of choosing, and we ended up scoring an amazing deal on Ebay for Kelty FC3! People buy these packs and are only able to use them a few times, so there’s no reason to spend hundreds of dollars for new. 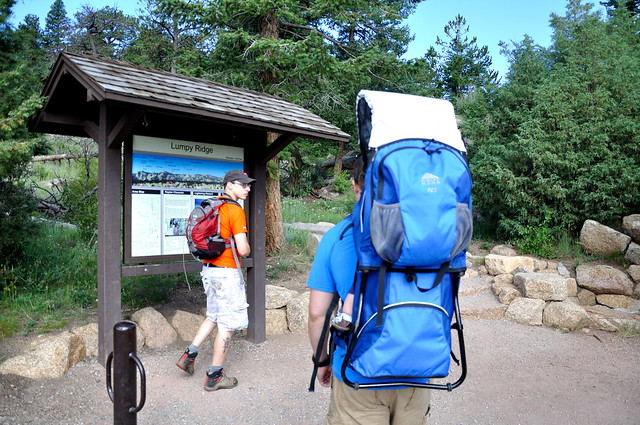 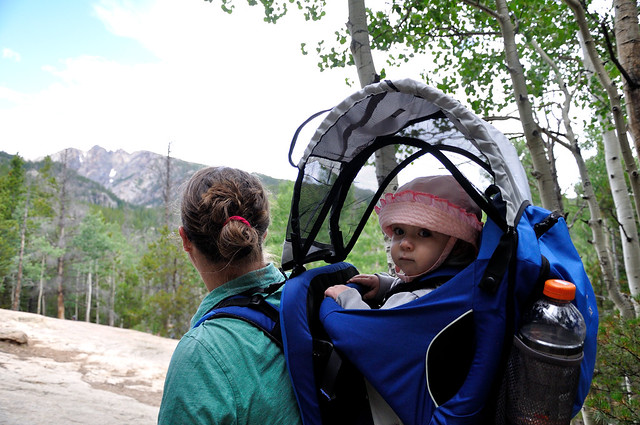 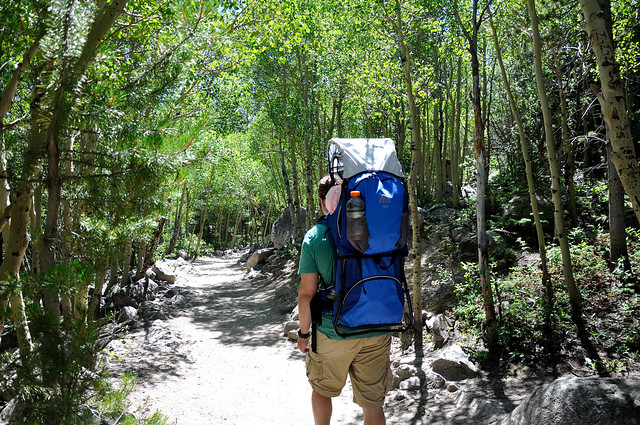 Kaitlan loved hiking in the park. It perfectly combined her favorite pastimes of people-watching and being carried around, and she would go in and out of naps while we hiked the trails. She was a hit on the trails. She definitely doesn’t get it from us, but the kid is congenial — offering big smiles and waves to everyone, especially people I think she thought were grandpa and grandma. 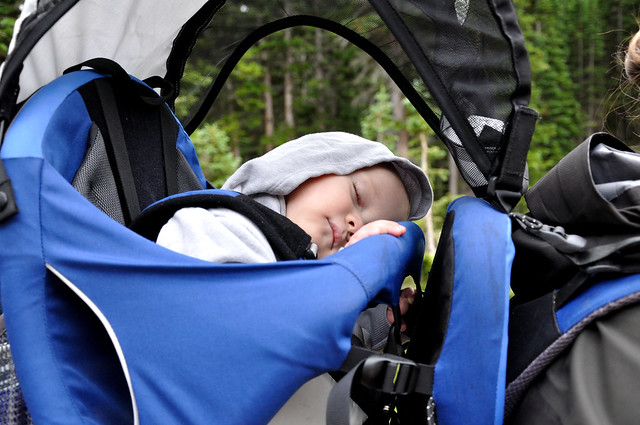 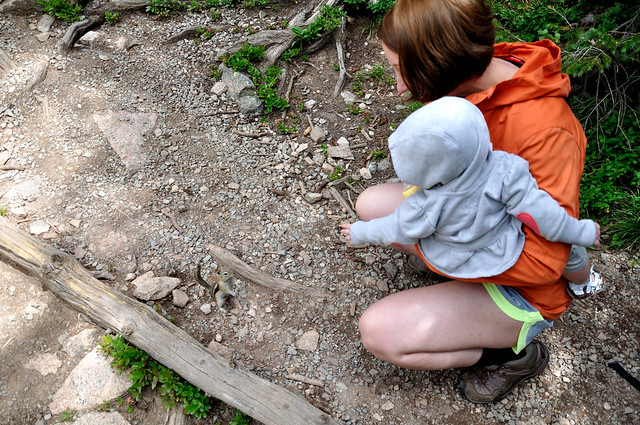 We also spent some time in Estes, visiting our beloved Donut Haus and the Rock Inn, as well as Dick’s Rock Shop and downtown for her first ice cream (Oreo-cookie dough). We even went up the Continental Divide — and I was 50% less freaked out than last time! 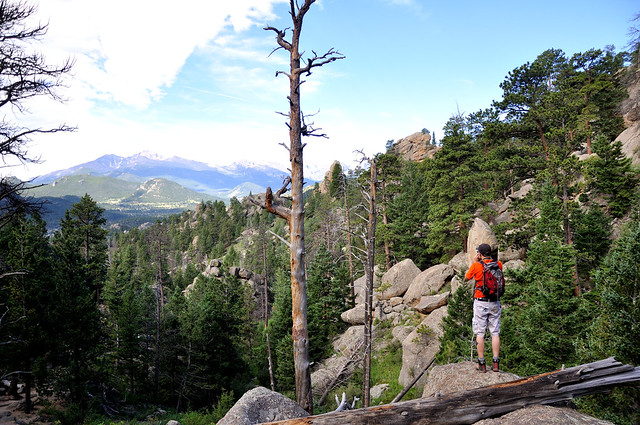 We spent one day/night visiting with our Patrick, Jen, Nate, and Michele in Denver. Patrick came up for a hike on Friday (my favorite by far — Lumpy Ridge trail head to Gem Lake), and then we packed up and headed down the mountain where we made dinner and stayed up late (for me) catching up. It was the first time seeing Nate since he moved a few months ago, and I practically burst into tears when he was getting out of the car. Yup, still clingy. 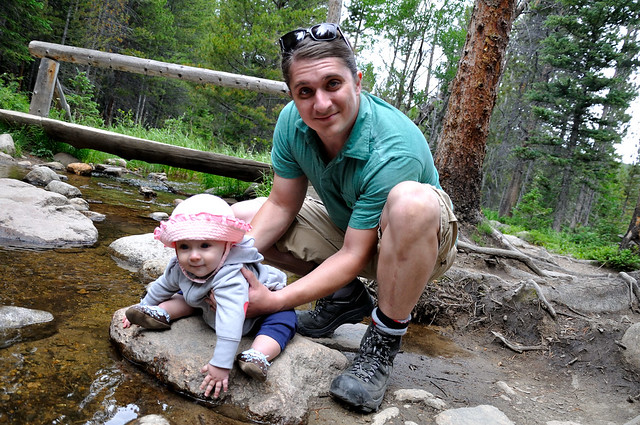 It was really a great trip, and Kaitlan was amazing, such a great little traveler, which gives me hope for all the trips we want to take in the coming years!