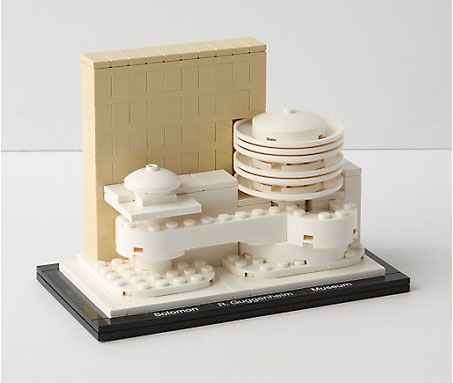 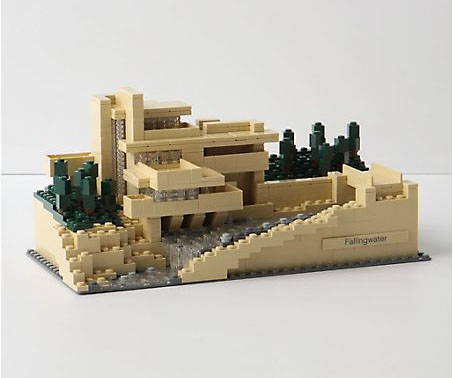 Aren’t these awesome? From a Lego fanatic standpoint, they aren’t all that complicated, but still awesome nonetheless.

While we were in Minnesota for my Grandma’s funeral, I had the opportunity to meet more of my distant rarely-seen relatives. My grandma was one of eleven children, and there are 144 of my generation alone. My grandpa’s family is also relatively large and being that both families lived and stayed in the same rural farming community, I grew up with essentially one GIANT family. My mom’s cousin’s spouse (you probably think we’re all inbred by now) is a non-profit architect. I imagine this is probably the most rewarding but frustrating job on the planet. They are currently fundraising to revive a hotel done by Frank Lloyd Wright in Iowa. I know, what was he doing in Iowa?

{images and hat tip to Black*Eiffel}