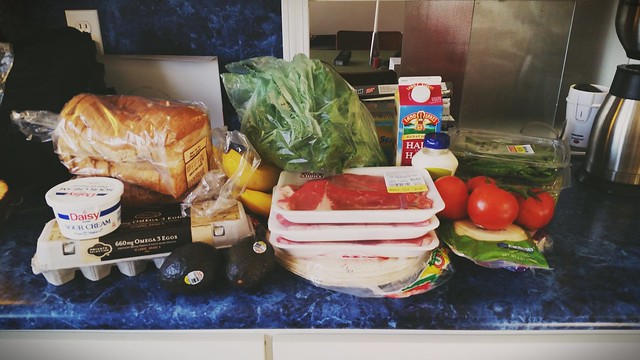 I know, it’s already Wednesday and I’m just now publishing what we are eating this week. Ah well, had to get the Jerk Chicken recipe out first right?

Neil did the meal planning and grocery list this week so we are having a little mix of everything. As you might have seen, we are starting the week with Jamaican Jerk Chicken, which we’ve had with veggies, and since we were grilling, Neil cooked up a bunch of steaks that we’re making into Chipotle-style burritos. We’re also having Lo Mein Stir-Fry again, which is the next “I owe you” recipe to get on the site. Pretty effortless week!

Roughly $70, with ingredients for lunches, breakfasts, etc. and some fun stuff like drinks and snacks.

I’m on Week 2 of Kaitlan’s last batch of baby food. Over the past week she has definitely gotten hungrier, and we’ve increased to 3 “meals” per day. Each meal is roughly two cubes of food, but sometimes, like dinner, she tends to be a little hungrier. She hit a spurt about a week and a half ago (I still owe you all a 6-month update), and I’m wondering if she’s hitting another little jump. It’s so hard to know, but we’re going with it.

Just like I thought, I might have to do a mini batch session this weekend, and I’m thinking of doing a little meat. Anyone have any tips or recipes they recommend? 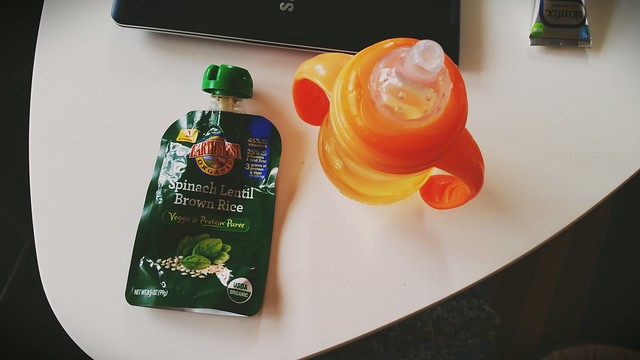 Also, last weekend she had her first squeeze pouch and loved it — despite it being probably the grossest flavor because it had flavors she’d never tried. With Neil’s racing season approaching fast and a few day trips on the horizon, I thought it’d be easiest to bring those for convenience and wanted to give them a trial run.