Sorry for the delay on this week’s meal planning. We’ve had an interesting week. 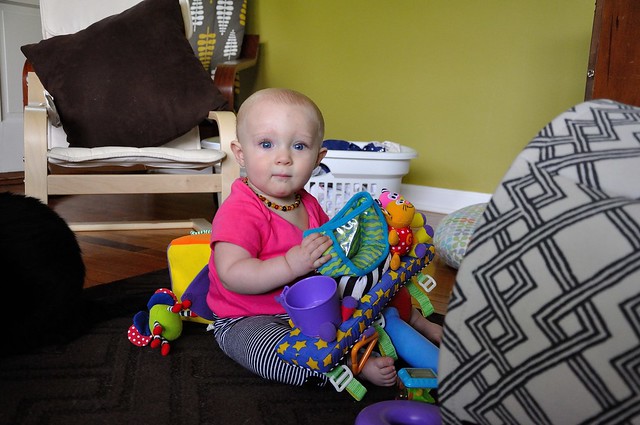 It started this weekend with Kaitlan developing a low-grade fever on Saturday afternoon. We didn’t think much of it, sometimes if she hits a growth spurt she spikes a bit, but then it continued into Sunday, then Monday, and on Tuesday hit a high of 101.5. I had called our doctor on Monday morning, and she had said that if Beeb wasn’t displaying any symptoms of actually being sick (congested, coughing, etc.) to just kind of watch. But she scheduled us to come in.

Almost immediately after, Beeb had a massive, uncharacteristic diaper, and her fever broke. We brought her in, and almost immediately the doctor placed a finger in her mouth and found a tooth breaking through.

We had checked for budding teeth over the weekend but having not felt any we had ruled teething out. But here it was, plain as day, meaning we had brought a smiley, non-feverish, teething baby into the doctor. Newbs!

So the past week has essentially been comforting a finicky, short-fused teething baby who only wants to sleep on us (and by us I mean Neil). I shudder to think of repeating this for every tooth, but I’ve been assured they get better at handling it.

On to more food-related stuffs… 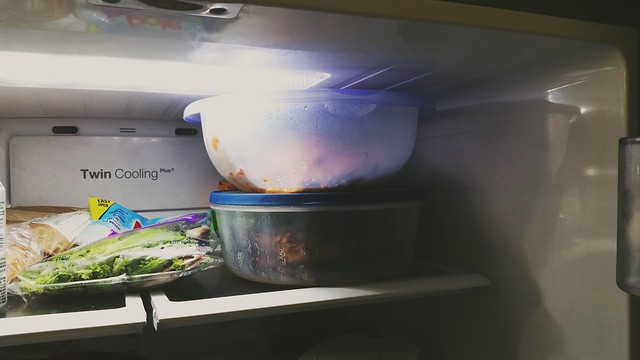 The theme of this week is, well was BBQ chicken. We barbecued 13 pounds (you read that right) of chicken on Sunday — in part for a meal we hosted for my parents and Nate on Sunday, but that still left plenty for this week. You can see above that it completely took over the fridge. We just finished the last of it today for lunch (Thursday) — so that helped out immensely! 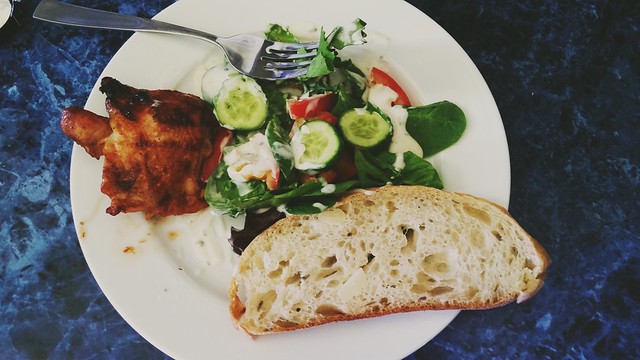 I feel like we’re transitioning into our summer mode of eating. Lots of fresh veggies and grilling. I love it, clean eating made easy. Don’t get me wrong, I like cooking and recipes, but I prefer to use my extra daylight hours to be outside wherever possible, or at the very least, not in a hot kitchen.

Our chicken haul, veggies, some chips and stuff for sammiches for lunch ran us just $67!

So to recap, that’s 4.5 days of BBQ. Tonight (Thursday) we’ll probably do something easy, and then tomorrow I have dinner with friends, and then Saturday is a BBQ with friends. Then we start over, and hopefully :fingerscrossed: have a much smoother week.