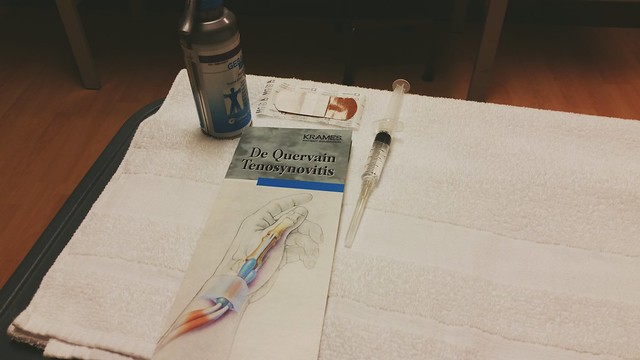 So apparently that’s a thing. After waiting months to feel 100% again after spraining my wrist back in November, I decided to make a follow-up visit to the doctor. While I haven’t been in crippling pain, and every other part of my hand and wrist feel fine again, the tendons around the base of my thumb are still swollen and painful. I’ve completely avoided any heavy snatches and overhead lifts or holds, and life with a heavy squirmy baby has definitely been tough at times.

I was under the impression that maybe my sprain hadn’t healed, that I’d somehow managed to overdo it at the gym, but my follow-up revealed a completely different diagnosis.

After a battery of little movement and touch tests, the doctor and another colleague both confirmed I have something called De Quervain Tenosynovitis, or “Mommy Thumb.” They say they see it in over 50% of breastfeeding new mothers. De Quervain’s tendonitis is not the same as carpal tunnel, but it is an overuse/repeat-use injury. Rather than on the inside of the wrist, De Quervain’s tendonitis involves just the thumb tendon, which runs through a canal at the base of the thumb at the back of the hand. The delicate but very protective synovium sheath to the tendon becomes inflamed.

So the good news, the sprain is definitely healed. The De Quervain Tenosynovitis isn’t awesome news, but it’s not serious, and can be treated. Additionally, it just feels good to pinpoint the cause of the pain, rather than when it was a sprain, and we didn’t really know what had been hurt so specifically.

I closed out the appointment by passing out during the injection I opted for and had to lay on a table for 30 minutes before they let me leave. The sight of the fluid puffing up my thumb was apparently too much. 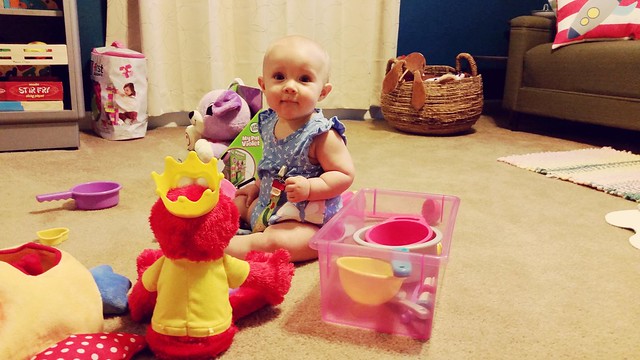 You’re cute kid, but mommy’s body is taking a beating. I guess my next post will discuss the process of weaning, which was already underway. I can definitely say that my breastfeeding journey turned out much differently than I had envisioned.