My Pregnancy Nutrition, Smart or Controversial?

I think it goes without saying that expectant parents want the best for their unborn children. However I personally think not all parents are aware just how big of a role they can play while their child is in utero. Nutrition is a key area, and during pregnancy a conscious attention to diet (or way of eating if we don’t want to use “diet”) can affect the lifelong health of a child. 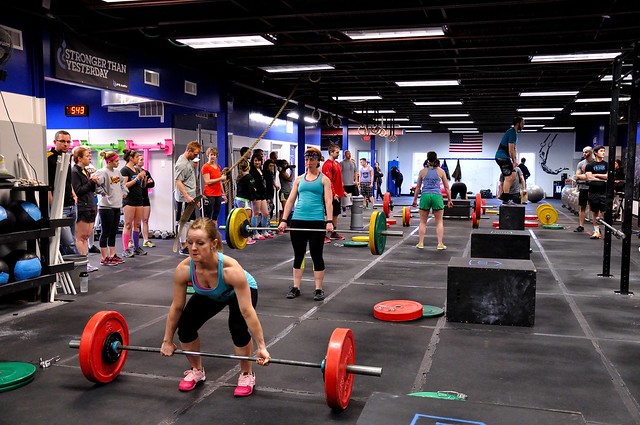 Prior to getting pregnant (September-December) I was riding the dietary high of a pretty rigorous training cycle and a joyous holiday season. I was eating everything in any quantity. If someone brought cupcakes to work, I would eat three without thinking. Prior to that I’d maintained a pretty decent 80/20 Paleo/Primal balance, knowing that as we eventually wanted to have a child that I wanted to continue that approach to eating and optimize it for pregnancy as well as I could on my own.

I’d come across videos from time to time documenting pregnant CrossFitters talking about maintaining really good nutrition throughout pregnancy, and while I knew it was doable, I didn’t know exactly how it would look when it was my turn.

I quickly felt after getting pregnant that just eating Paleo/Primal wasn’t enough. As we started Whole30 in January (around 8 weeks pregnant), I decided to ask for help.

Charlie Racinowski has been (next to Neil being the father of my kid) the best decision I’ve made in pregnancy. Interestingly, it was the other guys in the gym who insisted that he was the best person to talk to about pregnancy nutrition. At the time I hadn’t talked to Charlie much outside of workouts, so when people called him the “pregnant lady guru,” I couldn’t help but think, “you mean this guy?”

Yes, he prefers to work out to Ke$ha.

But in our first meeting, he seamlessly evaluated everything I was currently eating, as well as my supplementation and said that we’d set the course for something that would take me through pregnancy, postpartum and breastfeeding. To this day I have never felt in better hands and am so happy I made the call. I’m pretty sure I’ve actually lost body fat while growing a healthy baby. And aside from my belly, I don’t feel pregnant at all. Plus he works the word “fuck” into his advice. Why have lactation when you can have FUCKING lactation. I heart him.

What did he do?

He disseminated everything I’ve read from Chris Kresser (www.thehealthybabycode.com), Dallas and Melissa Hartwig (www.whole9life.com), Robb Wolf (www.robbwolf.com), Mark Sisson (www.marksdailyapple.com), Dr. Lindsey Mathews (www.birthfit.com) and Andrea Nitz (www.crossfitmom.com) and made a manageable game plan for me to follow that would not only optimize nutrition for my growing baby, but manage my own health and weight gain.

Most importantly he is a really effective enforcer. Like anyone, I fall off track (too much banana bread) or I don’t get enough protein (150g a day is rough for this ex-veg), and I need his “no fucks given approach” to dealing with myself.

6 AM – Wake-up, immediately start drinking water, usually a full glass right away. I might snack on a bit of fruit as well, typically berries. 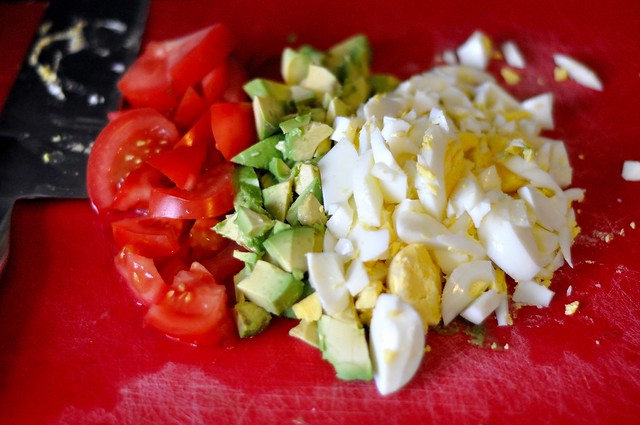 *If I eat lunch out with friends, I try to keep it veggie/protein focused and as healthy as possible. Unfortunately sometimes it’s wrapped in a tortilla and I know I’m going to hear about it.

5:00 PM-7PM – Getting ready for the gym/post workout — typically I snack on some almonds or trail mix prior to working out. Quick, healthy fuel. Post workout, I usually take a scoop of the SFH Pure Whey protein. Depending on how I’m doing for protein for the day and what dinner plans look like, I might have another scoop with dinner. 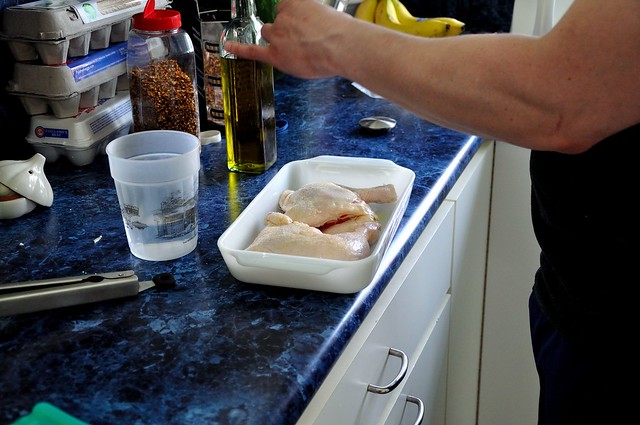 7:30 PM – Dinner is almost always meat and some assortment of veggies or single veggie to accompany it. Lately I’ve been eating a lot of taco salads, soups/stews and meat on the grill. We also do some crock pot stuff. Just whatever ends up being meat + veggie.

Overall goal: Meat and veggies, especially greens. Here’s where the carbs can come if I choose to have them (ie taco night, steamed rice, a little sourdough etc), but the focus is still on as much meat and veggies as I can consume.

9:00 PM – Dessert, typically a cookie or two or a little organic ice cream. Sometimes it’s homemade bread or dark chocolate. Just depends what’s around. I keep the amount small, and just a treat.

Some major staples in my diet

Who could hate on this?

Well, apparently how you choose to eat during pregnancy is a more touchy subject than I thought. It started at 6 weeks when we underwent the orientation after finding out we were pregnant. I told the evaluator that I planned to maintain my mostly-Paleo diet and she paused awkwardly and said “well, just listen to your body.” Um, okay?

At 11 weeks, we went in for a check-up and as expected, the common non-appetite experience of first trimester coupled with cleaning up my diet had dropped my weight a few pounds. The nurse asked what I was eating, and when I told her, and she stated flatly, “pregnancy is not the time to diet” and proceeded to accuse me of having an eating disorder. Thankfully Neil came to my quick defense. My doctor, albeit amazing and supportive, suggested I eat “more caloric snacks” and the discussion was quickly over. 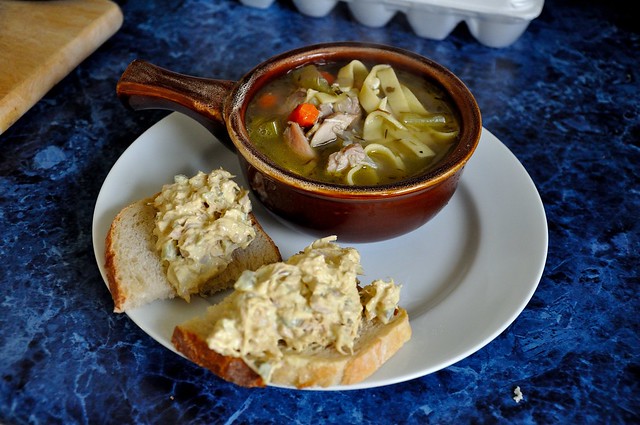 These aren’t the only instances. Many people seem shocked and somewhat offended when I tell them what I’m doing, despite all my attempts to make it seem palatable, doable and non-judgmental. The idea that I wouldn’t use this time to “eat whatever I want” and take advantage of “eating for two” seems to disturb them. I have refuted the “if you crave it, then it’s because the baby needs it” an insane amount of times. I get that my way of eating isn’t the norm for most, but I’m not that out there am I?

Personally, I think it’s largely due to both the lack of good information and support in mainstream healthcare. Let’s face it, the conventional medical paradigm is far behind and off track when it comes to nutrition in general, let alone nutrition for pregnancy, and breastfeeding.

I am fortunate to know and have access to great resources, and I wish more women could as well. Traditional nutrition programs like Weight Watchers don’t allow pregnant women, as don’t other mainstream weight/health management companies. It’s really a shame that we can’t reshape the perception of “diet” into something more valuable than just weight loss.

While I’m not a nutritionist, and certainly not a medical professional, I hope this post in some way nudges those of you looking for more information in the right direction. It’s hard, but it works, and it’s so worth it for both you and your baby, not just in pregnancy but after as well.