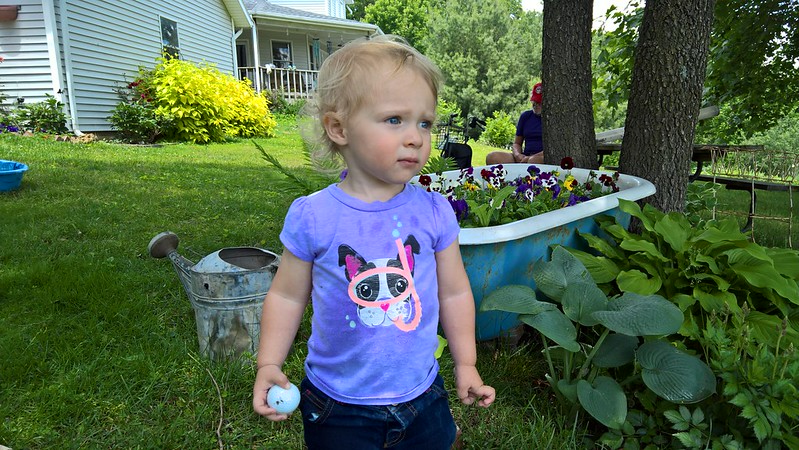 A little photo post of our Springfield fix weekend. We did a quick overnight in Springfield, but squeezed in a lot of activities while we were there!

We then hit the road for Springfield. KK napped while Neil and I talked and he drove. I enjoyed this read by Stephen R. Covey (author of 7 Habits of Highly Effective People) called Primary Greatness. Super fast and easy read, but a good refresher on some of the same principles.

We spent the afternoon at Neil’s parents’ house. We haven’t spent a lot of time there with KK just because she started walking in the fall and has kind of been at that wobbly/into everything/hands in mouth stage. 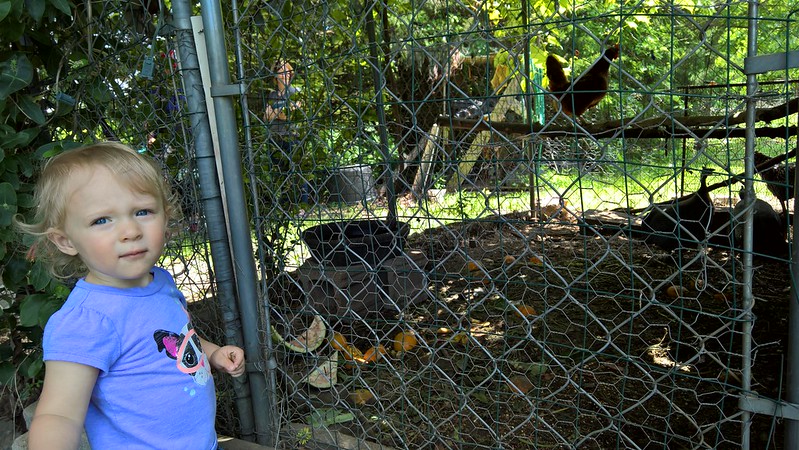 She had a lot of fun though and absolutely loved the chickens and garden. Not the baby chicks though, they apparently terrify her. She’s just started to show fear of a few things, all completely random. She’s afraid of baby chicks, and this spider toy at my parents house so far. It’s completely new (and I admit, a little funny) to see a sudden change in her expression. Overall though, she was a non-stop chatterbox the whole afternoon, and go, go, GO from one adventure to the next. 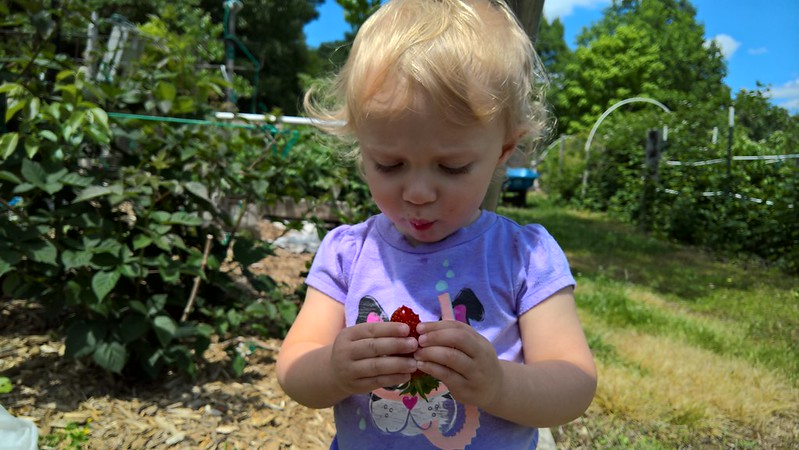 She especially loved the strawberries. Good golly, she must have eaten over two-dozen strawberries while we were there! Photo evidence… 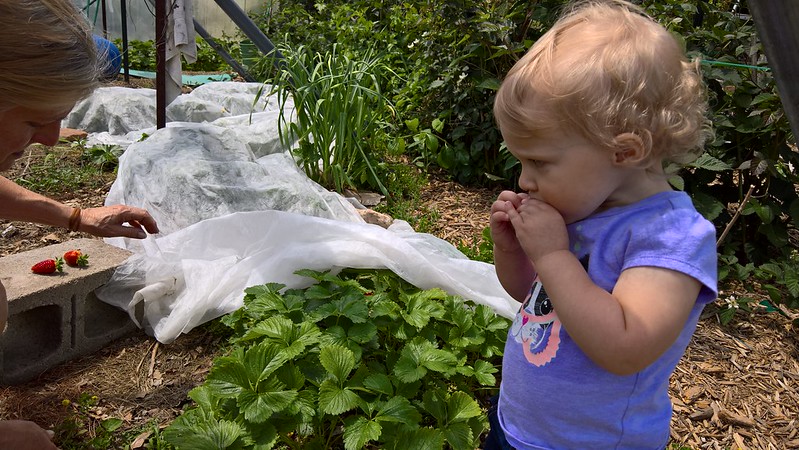 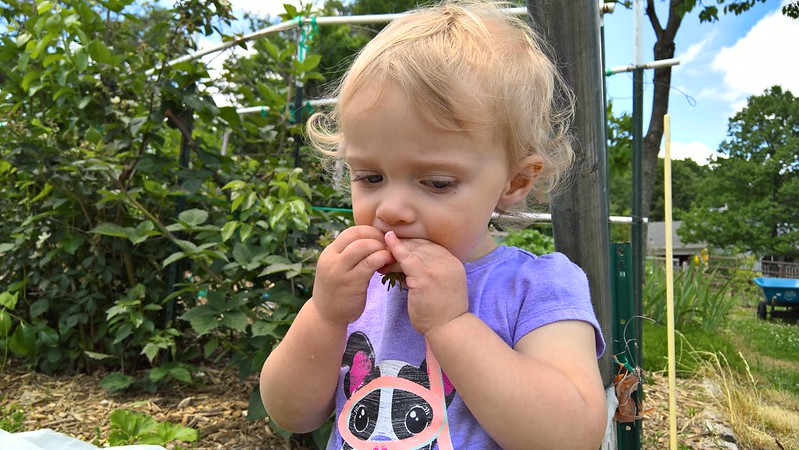 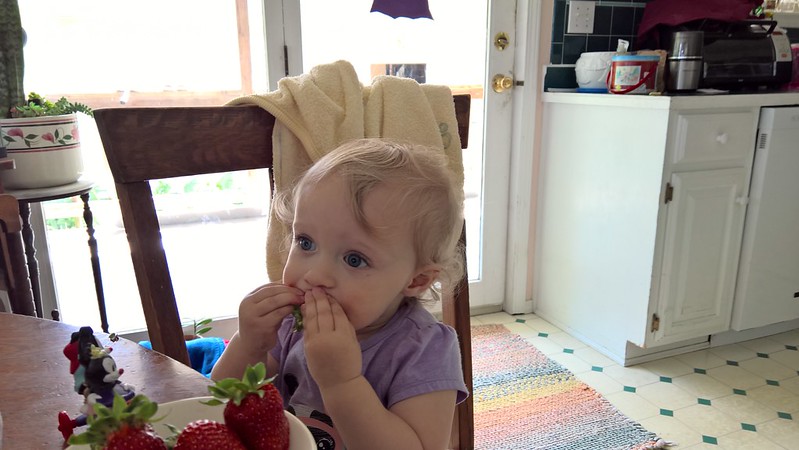 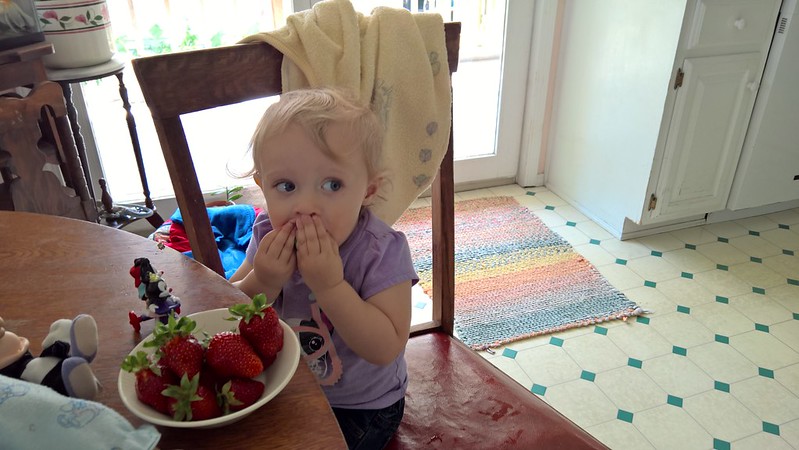 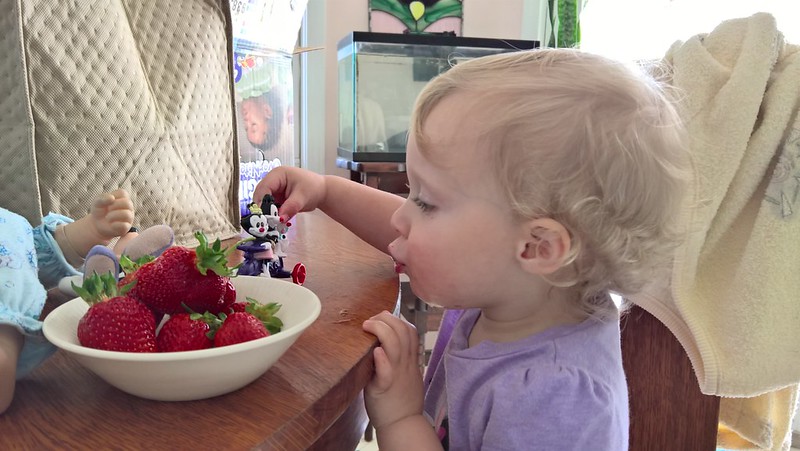 We enjoyed a late lunch at Cashew Inn Cashew Out, which is one of Neil’s favorite places. It’s owned by the parents of a high school friend and has been there that long. Have you ever had Springfield-style Cashew Chicken? It has an interesting history for sure. I’ve been told that they offer it in other places (outside Missouri), but you can also make it with this recipe we perfected to stave Neil’s homesickness a few years ago.

That night we went over to Rachel’s for her housewarming party. She moved this past winter, but parties are more fun when the weather is nice and you can go in and out of the house. KK made a new friend and they played non-stop, running from one side of the backyard to the other. 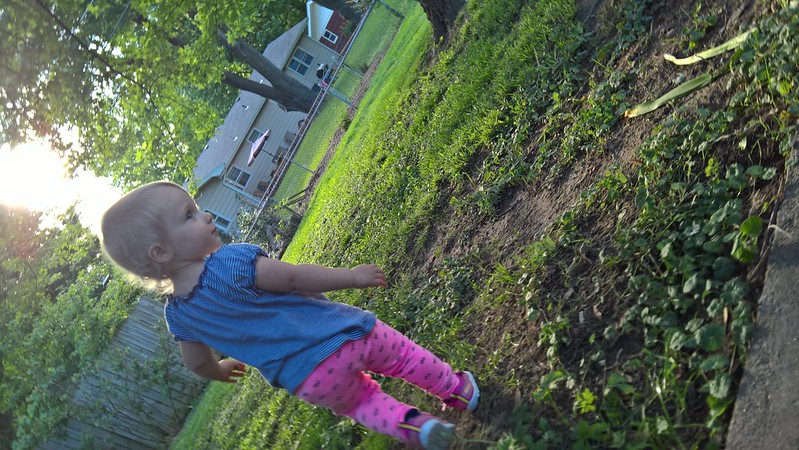 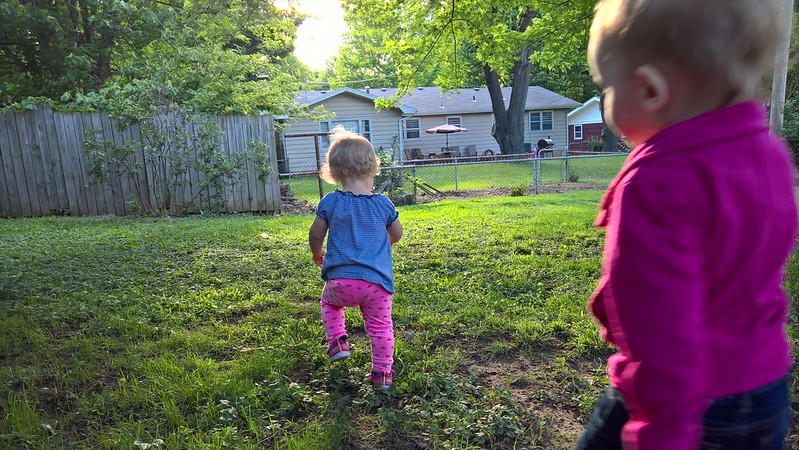 On Sunday morning we hit breakfast with Neil’s parents, and then to the Springfield Conservation Nature Center to burn some energy ahead of the main event, KK’s first haircut. 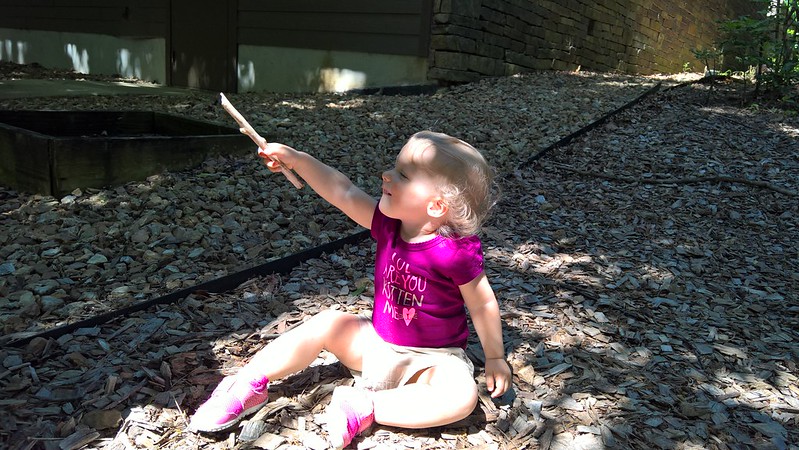 KK’s hair is growing mostly even but has been getting in her eyes and curling longer on one side. I really didn’t want to lose those curls, so we’ve been putting it off a little longer than we probably should.

It’s long overdue, but I wanted my friend Becca of Counting Stars Salon to be her first haircut. Gotta have the best! She was so good with KK too, she’s never held so still! 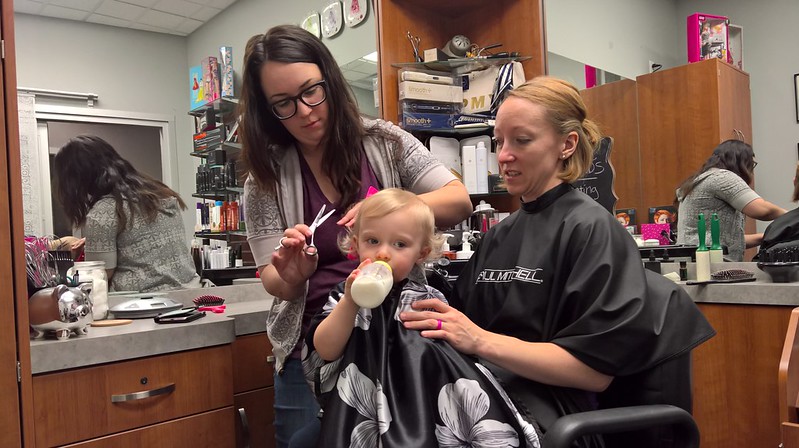 After all the morning excitement, she napped all the way home!