I hope you all had an awesome Memorial Day weekend. Ours was jam-packed. I’ll start with the weather… 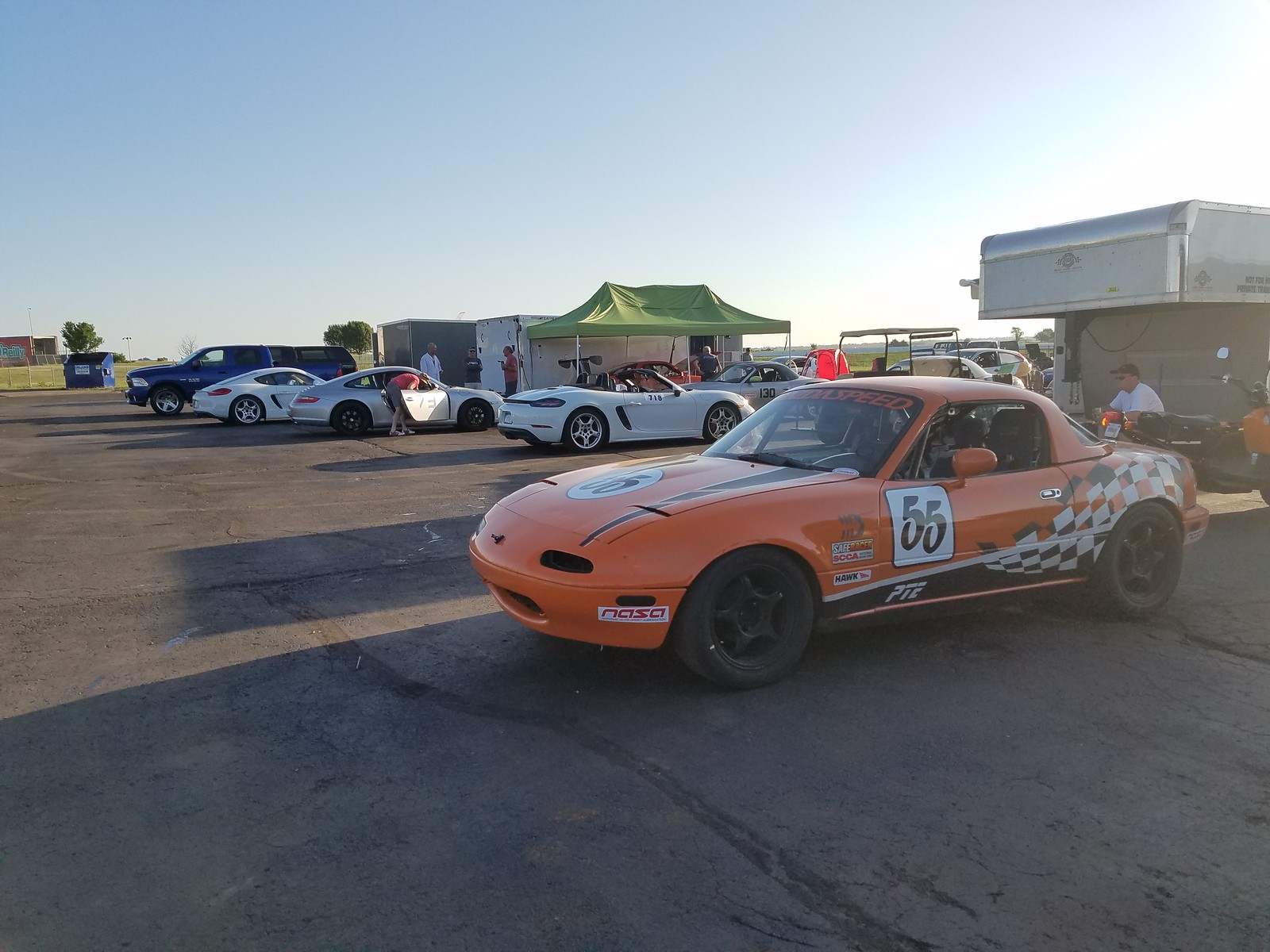 Yup, apparently this is the hottest May in years. With Neil’s race in Topeka on the schedule, we were faced with having to make some last minute decisions regarding our trip. It was supposed to be nearly 100 degrees at the track. And since Heartland Park is nearly all blacktop, the feeling at the track would be even hotter.

Thankfully, my parents were super amazing and offered to watch KK through Sunday morning so I could still go to the race with Neil. It’s been tough with a kiddo to attend events like we used to, and being able to go brought back a lot of memories and gave Neil and I some solo time to spend together. 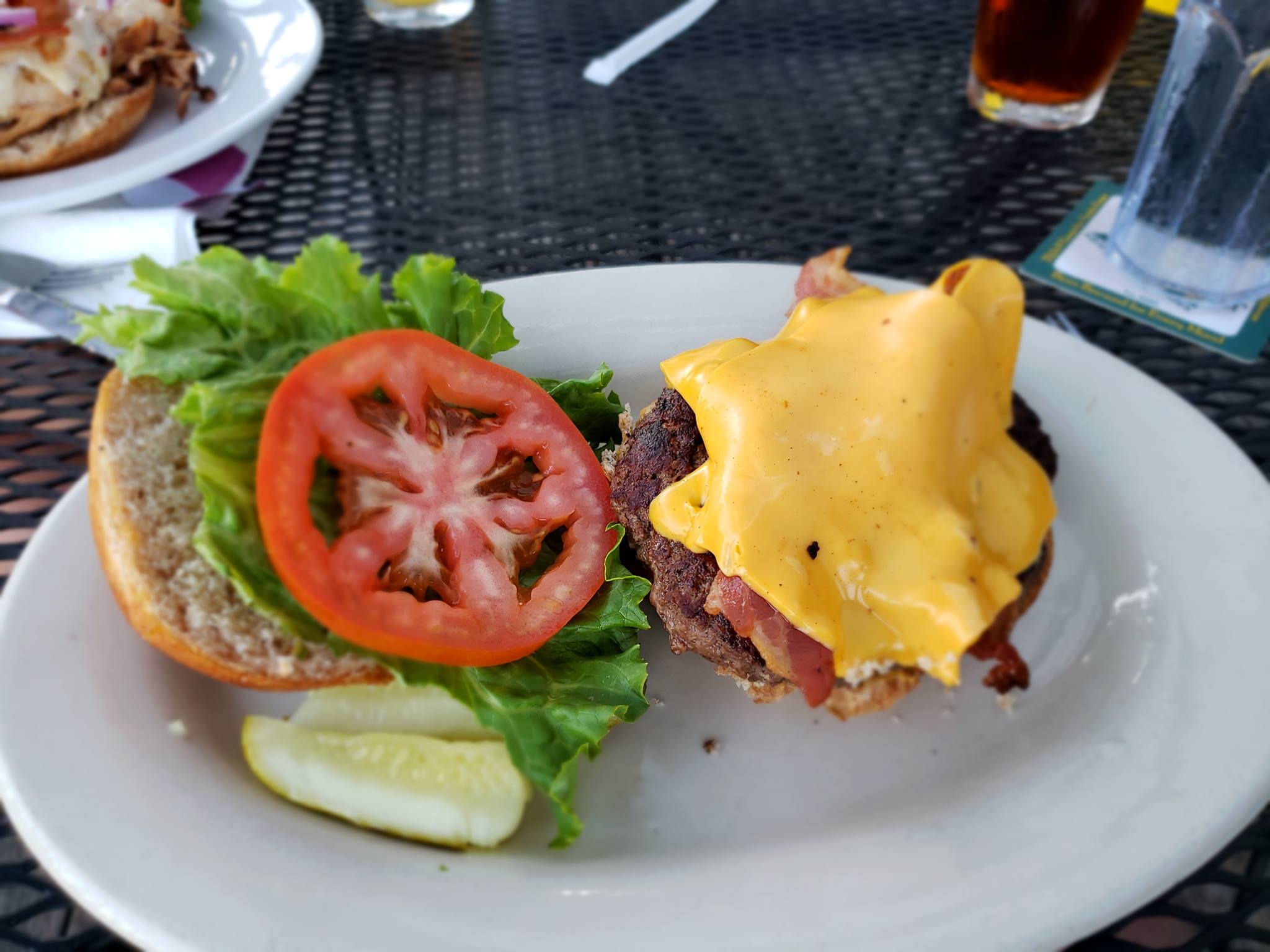 After dropping the car off on Friday, we hit a local restaurant I found on Trip Advisor called Blind Tiger. They have amazing burgers (we did buffalo and smoked turkey) and we ordered the homemade jalapeno poppers as an appetizer. They were HUGE. 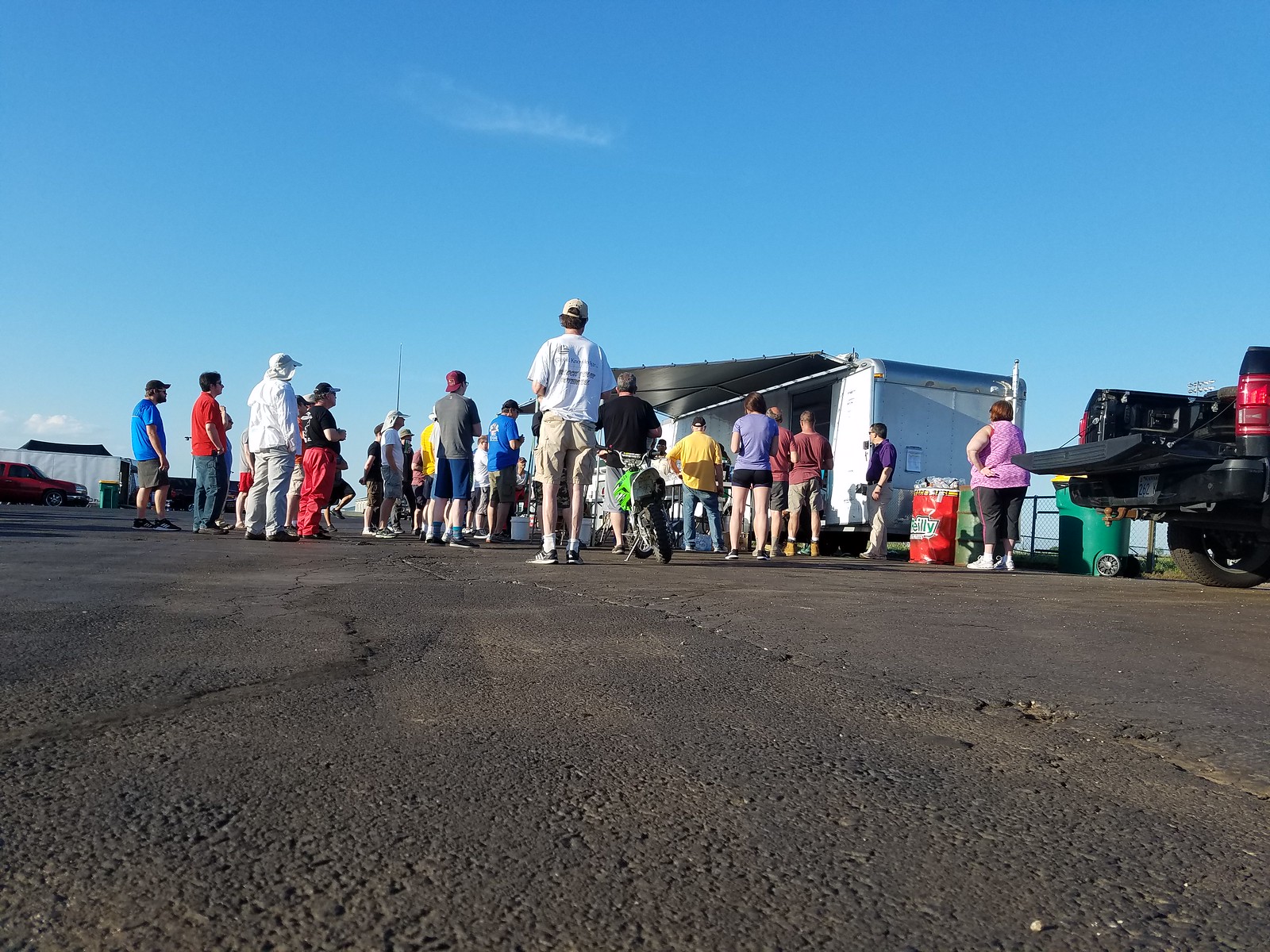 Saturday is always a super early morning as Neil has to be on the track for Drivers meeting and to prep. Thankfully the Hampton Inn (not sponsored) always has great breakfast and so I nabbed some oatmeal and an Activia (poop yogurt) on our way out the door.

I jokingly said on Facebook that it was forecasted to be so hot that I was going to bring my yoga mat and do hot yoga — so I did. About 30 minutes worth before I felt like my skin was starting to bake. Then I parked myself in the paddock and snacked and read books for HOURS. It was amazing. I finished one and got a good chunk into another one.

I also ate gummies and licorice and didn’t have to share. It’s the little things, you guys. 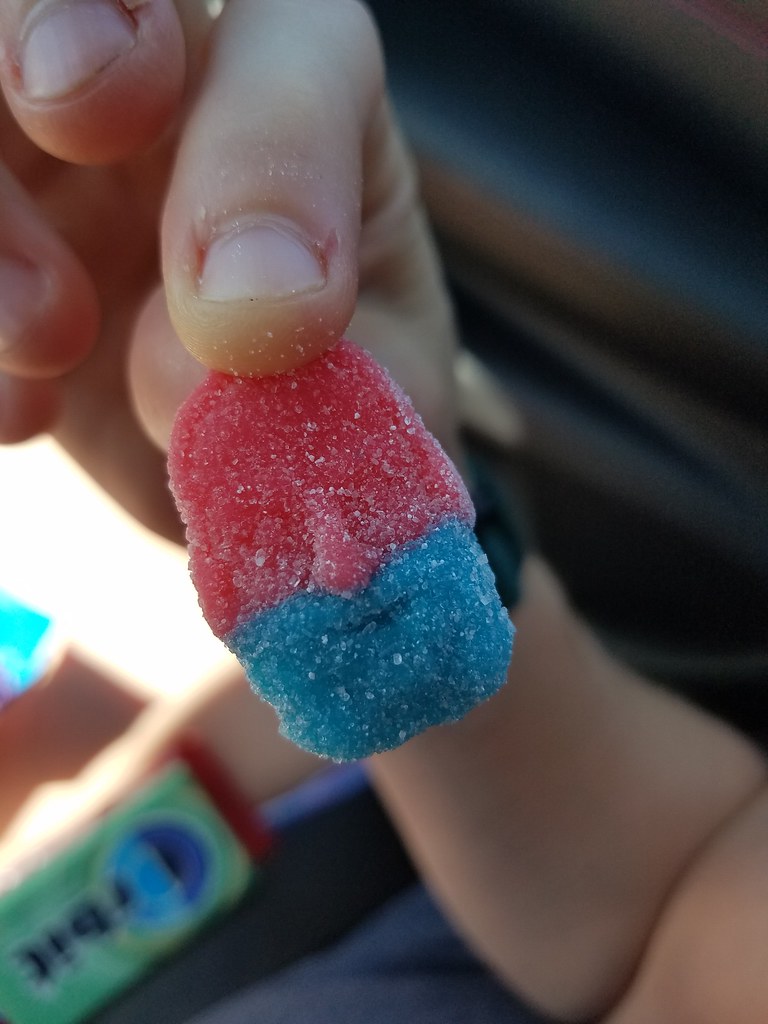 Neil won his class overall and was recognized at the award ceremony. We had hoped to stick around and hang out, but our bodies were radiating heat and we wanted nothing more than to shower and be in air conditioning. 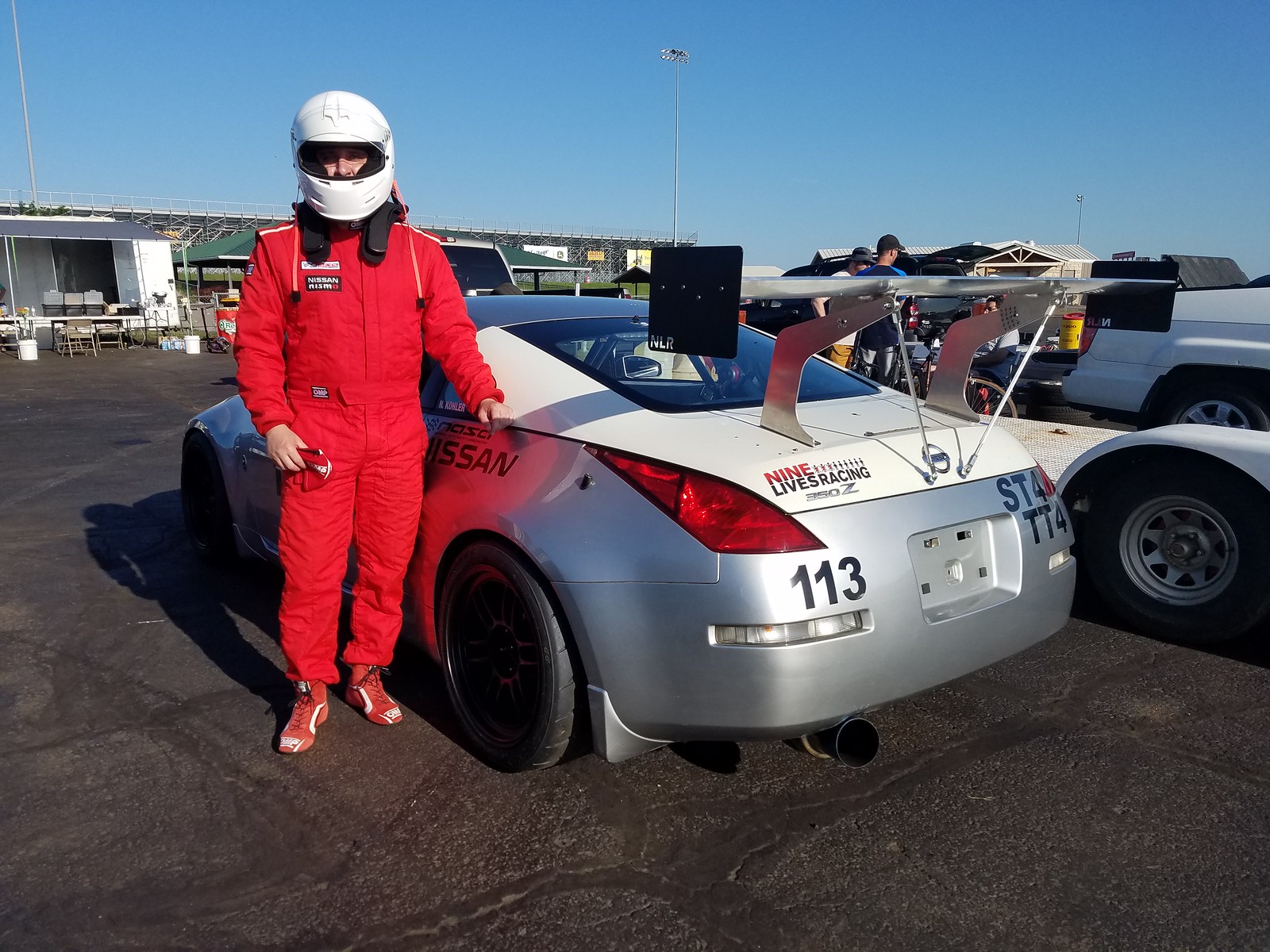 On Sunday, Neil headed back to the track to finish his scheduled runs and I hopped back on the highway to head home. I listened to a great Hidden Brain Podcast episode on NPR that I still can’t stop talking about.

When I got home, I took KK swimming at our local pool with my parents. My new job has a great benefit of gym membership that includes the pool and water park. She loves it. We’ll be spending a lot of time there this summer. 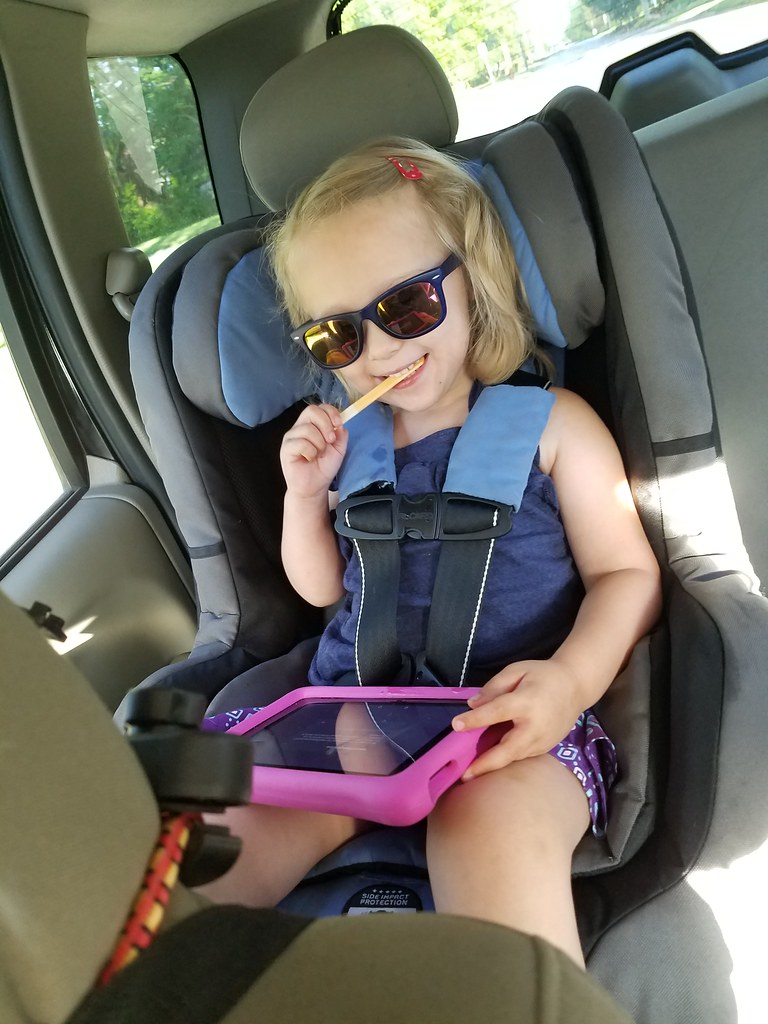 Monday, of course, was “Murph.” Since it was so ridiculously hot, we moved the start times back and most of us stuck to just doing a half “Murph” vs full. It’s a bummer, I haven’t actually done a full since I was 27 weeks pregnant, but it’s not worth risking with the heat.

All in all an amazing weekend! Thanks for catching up with me!