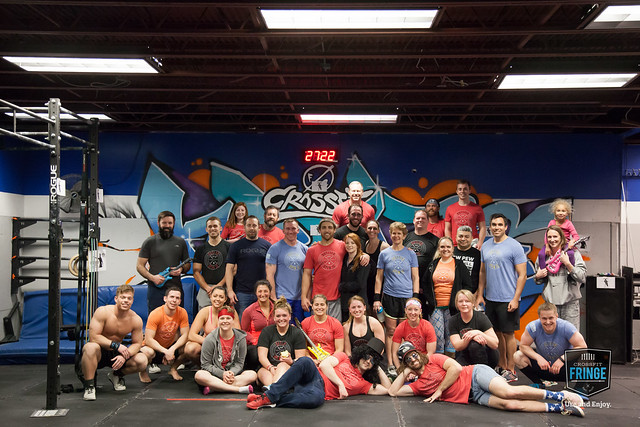 After CrossFit Open Workout 16.5 is done, the Open is…OVER!

I still can’t believe the 2016 CrossFit Open is over! This year felt like it went by so fast. Maybe it’s just having a toddler and time feeling like a blur in general, but I remember it feeling much longer before.

It was by far my best. I completed my goal of doing every WOD Rx (as prescribed), and I came out of every workout feeling not only like I’d done my best physically, but that I was prepared and capable of excelling at it. The mental game is always much harder than the physical one for me. 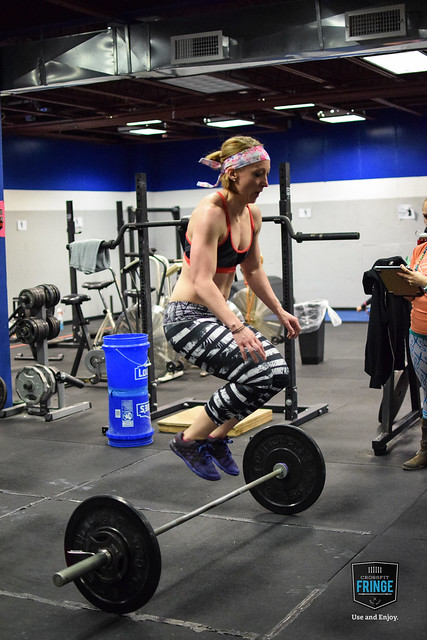 I think for so long I had this fear that coming back after having a baby would mean having to “face reality” of being less capable than before and never surpassing previous strength or accomplishment. You hear a lot of horror stories, and against your better judgment start to create this postpartum identity of yourself that is entirely based in fear of the unknown.

I convinced myself that I would never be as good again, and that I should be grateful just to keep doing CrossFit. Don’t get me wrong, I’m grateful for my health every day, but this “just good enough” became a sort of cop out early in postpartum. I coddled my self-doubt, and for a while lost sight of how important putting myself out there and being truly challenged and uncomfortable is. That sounds funny, but it’s true. Because the moment I had the guts to expect more of myself, I rose.

And I’m not saying this just happened. I came back slowly, put in considerable time, and attacked one day, and one benchmark at a time. I should have given myself so much more credit and a lot more grace. I’m my best self ever, and going into every workout feeling just as capable as anyone is truly the thrill of the Open, one that I finally feel 100% doubtless in. I couldn’t have said that even before having Kaitlan.

I was pregnant when that workout was first done in 2014, and didn’t want to tackle its reputed awfulness pregnant (safety). So when it came up again, initially I was kind of like “oh sweet, I finally get to do it.”

No. Not sweet you idiot, AWFUL!

As I experienced in 16.1, bar-facing burpees do something terrible to my stomach. I can burpee all day without issue, but something about that jumping/twisty movement just gets it rising in my throat. I haven’t thrown up (knock on wood) since 1993. Yup, puke-free since ’93, and I almost lost it twice this open on bar-facing burpees. 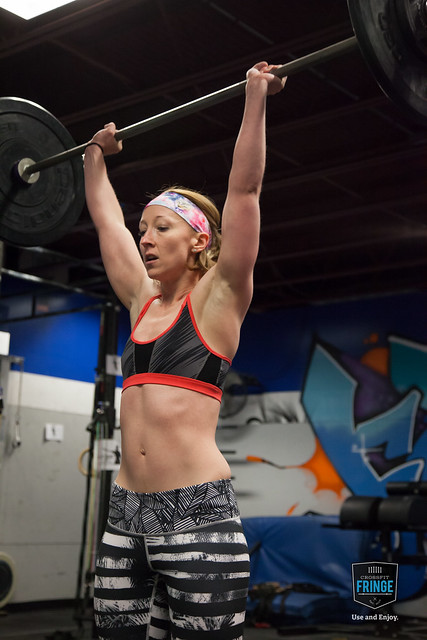 For me, the pain started about halfway through 15 and it just slowed me down because I didn’t want to throw up (I have this thing about vomit obviously).

I ended up finishing in 15:25, and even though that’s not that fast, nor competitive in the slightest, I didn’t care — it was over, and I didn’t die. It was one of the few workouts where I started thinking somewhere in the middle that I might physically not be able to finish. That it might be impossible. Not because I’m incapable or not in good shape, but because, I might be unconscious and wake up in the hospital. 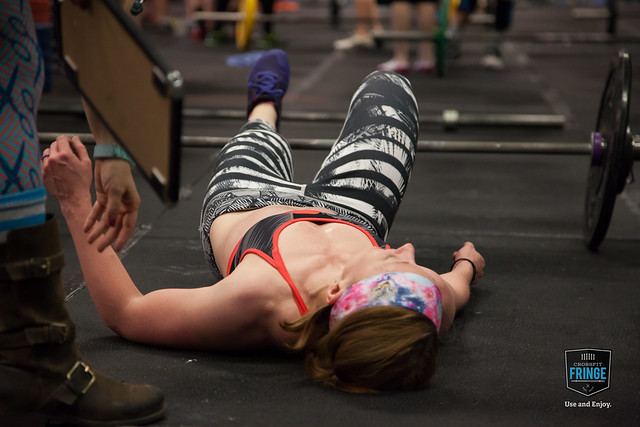 I am so so happy to get back to normal training. I love doing the Open every year, but I thrive on routine, and I feel so much stronger and healthier when I’m on my normal programming. I’m still chipping away at getting better with gymnastics. For the past two months I’ve been working on the muscle-ups (though practice took a back seat with the Open), and I’d like to start working on handstand walks next.

I’m LOVING ROMWOD, so I’d like to bump that to 2x consistently a week. If you’re not familiar, ROMWOD is like yoga for CrossFitters. It’s all the great things about yoga with the specificity to what we do in the gym. I feel so good when I’m consistent, but you know how life goes.

I have to extend major gratitude to Tyler Lasley, because honestly he is Gumby in all the ways he’s bent over backward to make CrossFit Fringe what it is. It truly is a box that reflects the strength in character, compassion of spirit and true love and sacrifice he’s put in. I know I’m a tough customer, and I have ridiculous expectations, but man, he just continues to surprise me every day.

A huge thank you to Angelo Fosco. Having been at this a while, I’ve pretty much done the full spectrum of programming options (in-house with various coaches, Outlaw, Invictus, OPT/Opex, CrossFit Football) and nothing touches what he’s done in the less than a year he’s been with CrossFit Fringe. He seriously has a client for life in me. I entered every Open workout feeling prepared not only physically but in how to approach and execute each workout. As someone who works in education, I know his skill set is rare, and as someone five years into CrossFit, I know not many boxes or gyms offer programming this informed. 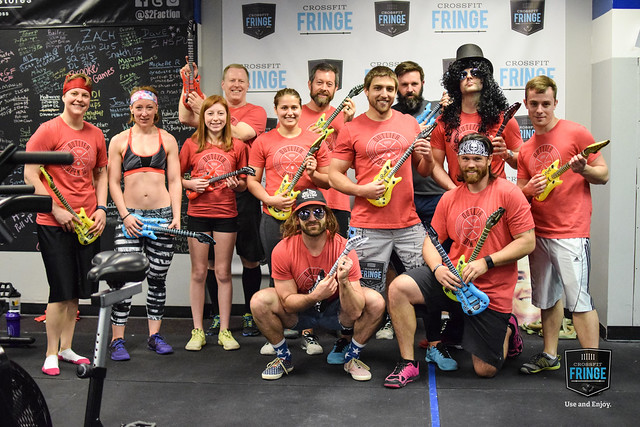 Probably taken a little too soon after doing the WOD, still look a little pukey…

A huge thank you to Sadie and Fresa, for helping me take so many pictures. I can’t tell you how much I love working with you guys, it’s been fun to feel like a little team this year!

Are you happy the Open is over? What are your plans for the next few months?