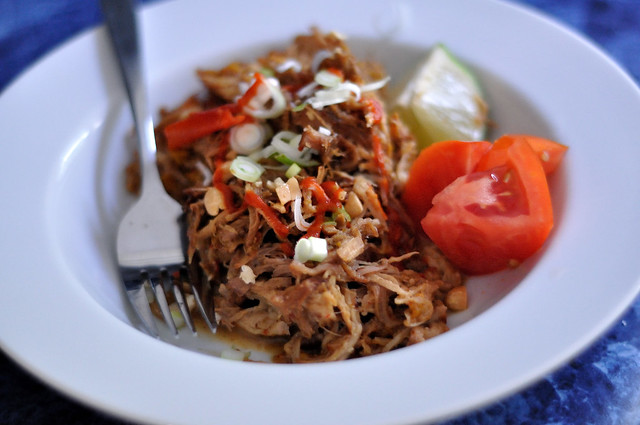 Ah, how is it already Friday!? I feel like this week went so fast! Maybe it’s because we’re fresh off a vacation? We need more of those if that’s the case.

We’ve suffered from major kitchen avoidance this week. With triple-digit temperatures nearly all week (Wednesday was nearly being 107 degrees!), it feels impossible to do just about anything comfortably, even just sit still. We’ve managed to keep up with our goal of working out at least 4 times a week, but it has been tough. I even nearly passed out while running during our workout on Monday. We were doing 200m sprints between rounds of cleans, kettlebell swings and front squats. Despite drinking a lot of water and keeping myself as cool as possible, I just got too dizzy. It was brutal. Running on the pavement felt like being cooked on a stove. My eyeballs were even hot, how does that happen? 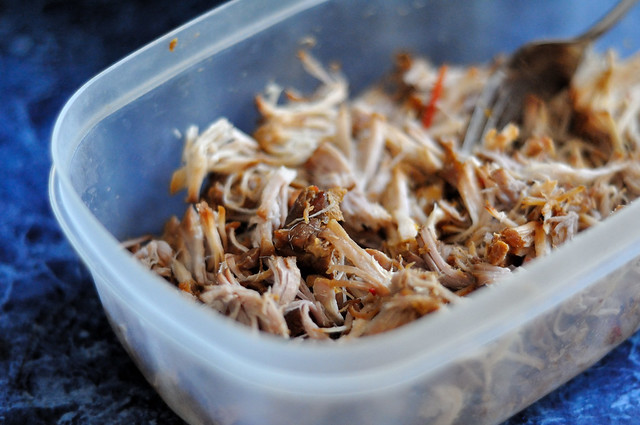 So, in our avoidance, the crock pot has gotten a bit of a workout too. We put together a big crock of Thai pork with almond sauce, and it’s managed to hold us over with a variety of meals for the entire week. It’s juicy and sweet and perfect with steamed veggies or wrapped up in big pieces of lettuce. You can of course serve it over steamed rice too if that’s your game.

So what are your plans for the weekend? Anything exciting? Tomorrow, our CrossFit box is gathering to say goodbye to one of our trainers, Eric, who is leaving to join the Navy Seals. Needless to say a Hero WOD and a lot of good food is in our immediate future. We also have some planning to do. Here is a hint: 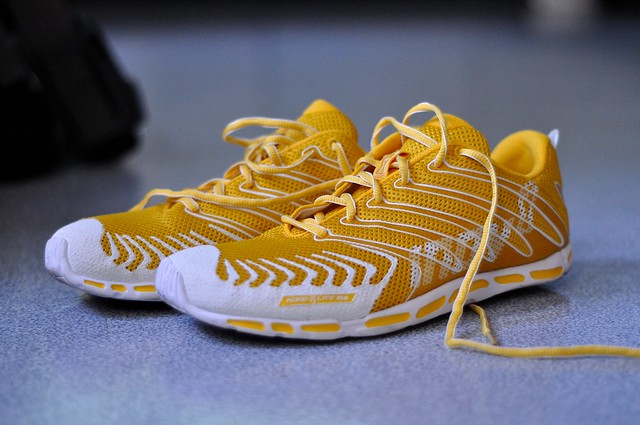