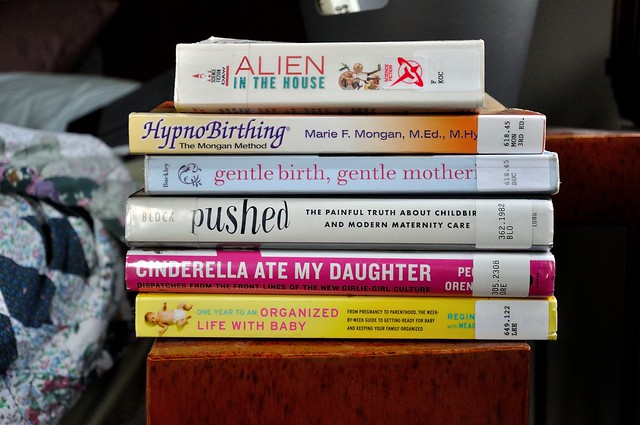 After a conversation I had with friends on FB the other day about parenting books, I thought I’d give an update on where I seem to be on them. It’s no secret that I love reading — and that since becoming pregnant and having a baby, I have read my fair share of books related to pregnancy, breastfeeding, and now parenting. I don’t know if it’s because my personality is such that I have to wrap my arms around a topic to feel secure, or because I don’t like surprises, but lately, I’m feeling over the whiplash brought on by the endless parade of parenting philosophies.

I agree with Samantha Schoech that parenting books topically fall into two categories: The you-are-doing-it-all-wrong and the social-science-will-save-you books. These categories further delineate into core messages of either “you’re overparenting, calm the fuck down” or “you shall have no distractions parenting, not a second wasted.” 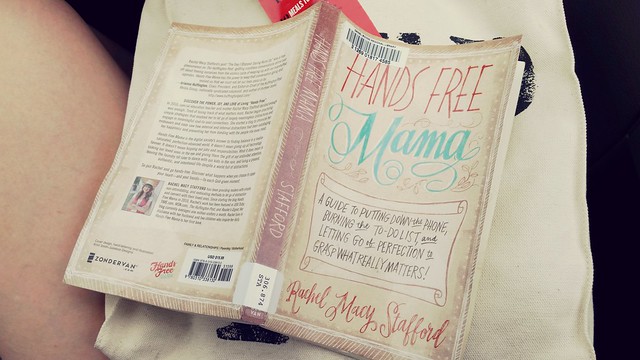 For a while, especially in the beginning when things were so new, this used to really stress me out — especially when it came to feeling guilty that I would irrevocably screw up my kid with some nagging bad habit, or time for myself a few times a week. I marked major leaps on my calendar and watched for every little sign that something may be amiss with her development. I was on pins and needles all. the. time.

So maybe it’s just the passing of time, or Beeb rounding the corner on her first year and things seemingly feeling a bit easier, but I’ve reached the point to where I’m not pouring over every word in these books or questioning my approach. I’ve even stopped checking the leaps. She’s on her timeline and she’s happy, so that’s enough for me right now. 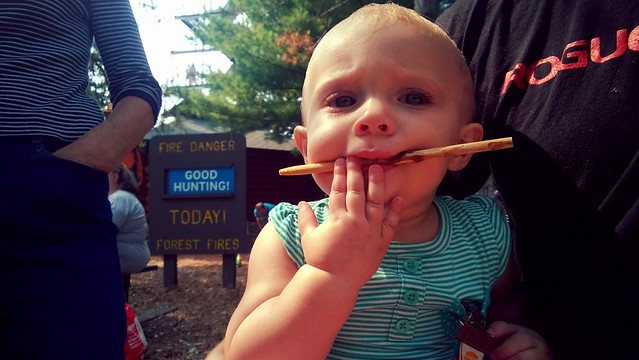 Yes, that is my child with a corn dog stick in her mouth.

Don’t get me wrong, I feel like these books and the ongoing conversation, however volatile, have their place. They do offer insight, perspective, and bits of sound advice. But as a whole, they mainly act as cement to my existing position, and I’m only skimming them at this point and will probably continue to do so. So with that said, here is my GoodReads lists of past, current, and future reads:

Do you read parenting or self-help books? Do you feel like they help or hurt?