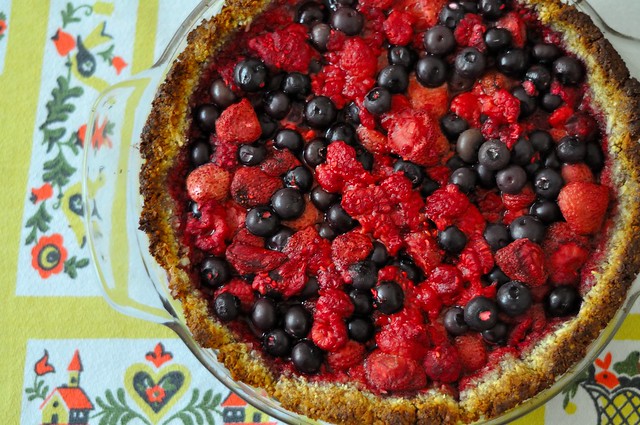 It wasn’t until we were in the car on the way home that I realized I hadn’t taken any pictures of our 4th of July festivities. We kind of wanted to be low-key this year. Typically we attend barbecues and see a lot of friends, but this year, we kind of wanted to go tame. I’ve been working really hard getting settled in at my new job and the idea of a big hoopla felt kind of tedious. We actually spent a good part of the day working, then I took a nap while Neil got the car detailed. Then we threw together some snacks and dessert, jumped in the car and headed to Neil’s friend’s house.

A fellow foodie himself, he had spent the day smoking a pork loin, grilling corn and making homemade ice cream. It was amaaaaazing! He also opened a bottle of mead, which we both got to try for the first time. It kind of reminded me of sake?

Our meal was so good, we lost track of time and only managed to catch the second half of our town’s firework display. Then we walked back to his house, talked trade (IT) for a bit, and headed home. It was a nice break.

How was your 4th of July?