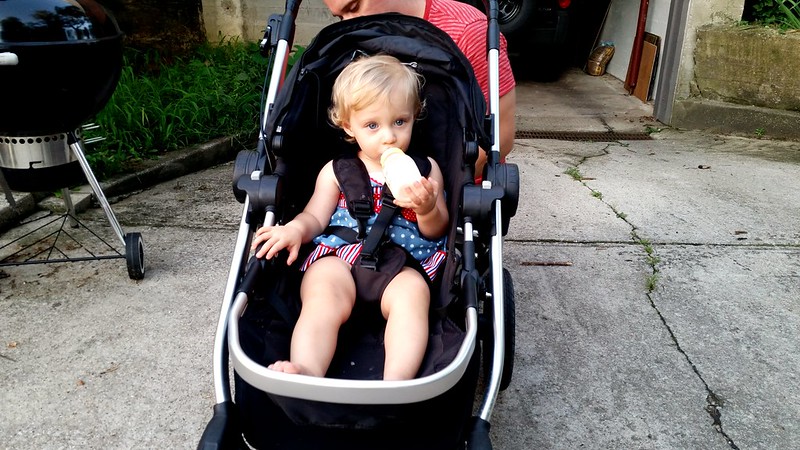 I can’t remember a rainier Fourth of July weekend than this year. It barely stopped raining from Saturday morning onward. But we had a fun weekend anyway!

We started Friday hoping to get a training session in at CrossFit Fringe, but KK took an early nap and was in NO mood to hang out at the gym. Even doing burpees didn’t make her laugh like normal. She eventually calmed down and we passed the time picking flowers, finding bees, and rolling around on the weight carts while Neil worked out. 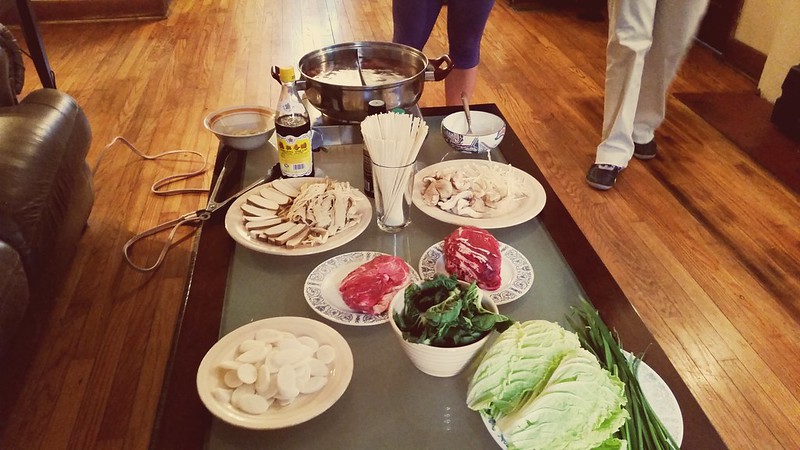 Afterward, the female coaches (we call ourselves the couches — long story) got together for dinner. We try to do this a few times a year. Libby makes amazing hotpot, and it’s nice to just mellow out, tell stories, and just have girl time. We’re all pretty busy, so it’s always nice and laid back. 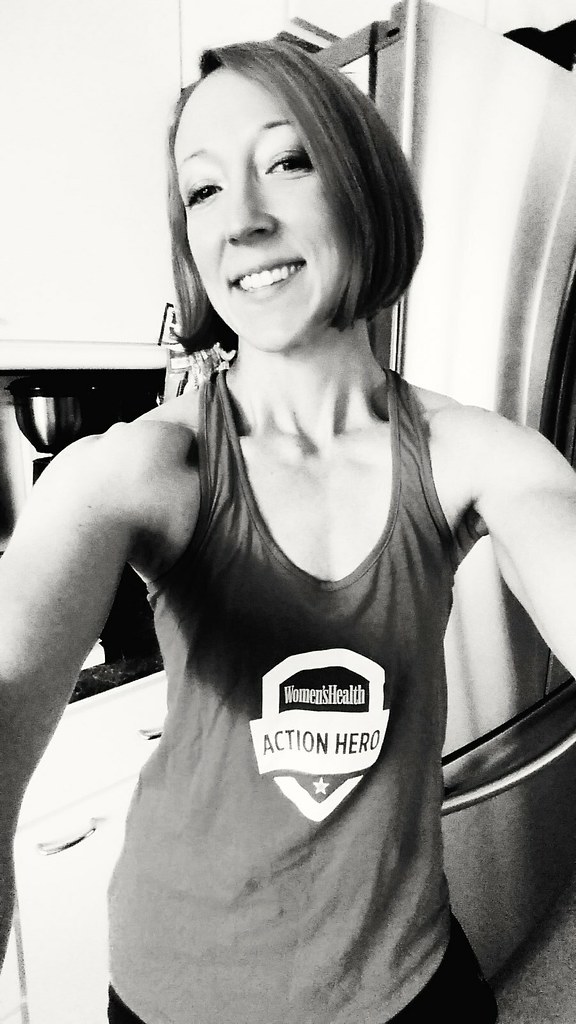 Saturday I hit the gym for a training session. I recently signed up for HOA (an epic CrossFit competition I did just before getting pregnant in 2013), and so I’m slowly starting to add a little volume in preparation. I hit back squats, an EMOM (every minute on the minute) of some weaknesses, and then did the class workout. I was pretty smoked by the end! Here is a video of one of my warm-up sets at 175#.

My full workout ended up being:

Needless to say, I was definitely happy when naptime came around. Neil got to enjoy some computer games, and I hit our comfy bed with KK.

It was still raining when we woke up, so we ordered some pokey sticks from Gumby’s, and watched half of the first season of Veep with a little Ben and Jerry’s (Cinnamon Bun) to share. Since Game of Thrones is done until 2017, we’ve been on the hunt for a few new shows and I’ve heard a lot of good things about it. It definitely lived up to the hype — kind of a West Wing meets Parks and Recreation, really right up our alley. Have any show recommendations for us? We really don’t get to watch a ton of TV, just an episode or two of something other than kid programming every few days.

We also hit the ab roller on hard mode:

Sunday started off pretty rainy but cleared up in the early evening. We did some cleaning projects in the upstairs closets and ended up purging a bunch of stuff, which is always a good feeling. With Kaitlan’s stuff always growing, I find myself parting with my own stuff a lot easier haha. We still had boxes of DVDs and CDs, so it was long overdue that they made their way out. 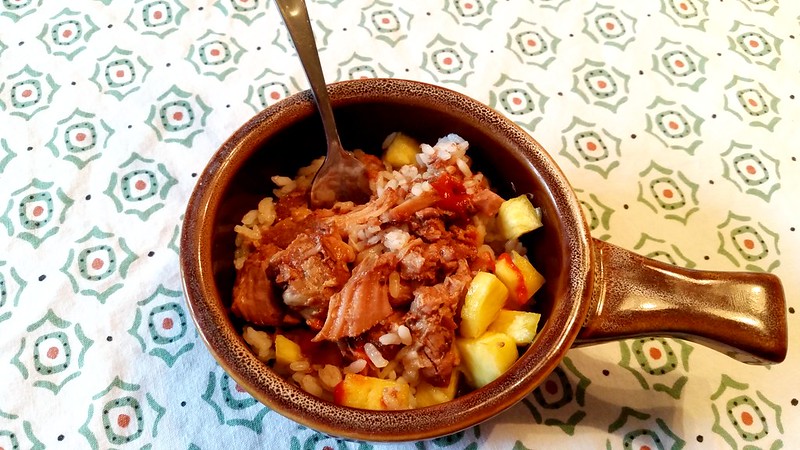 We did the grocery shopping and a little meal prep. Last week we made a Korean Pulled Pork that we liked so much we bought the ingredients for another round. It’s super easy to put together and it’s a little different spin on pulled pork, so that’s fun. I really like it with rice, pineapple, a little kimchi and sriracha 9seen above). 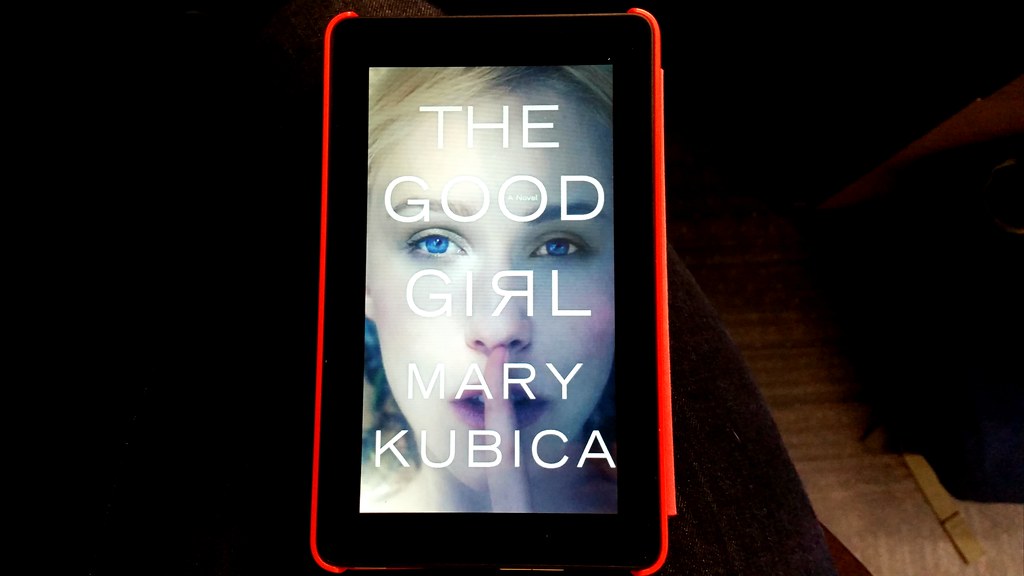 I stayed up way too late finishing The Good Girl by Mary Kubica. It’s not even due for another 10 days, I don’t know what I was thinking. If you remember, I just finished Don’t You Cry, and I’m pretty sure I’m moving to Pretty Baby after I finish my current library load of books. 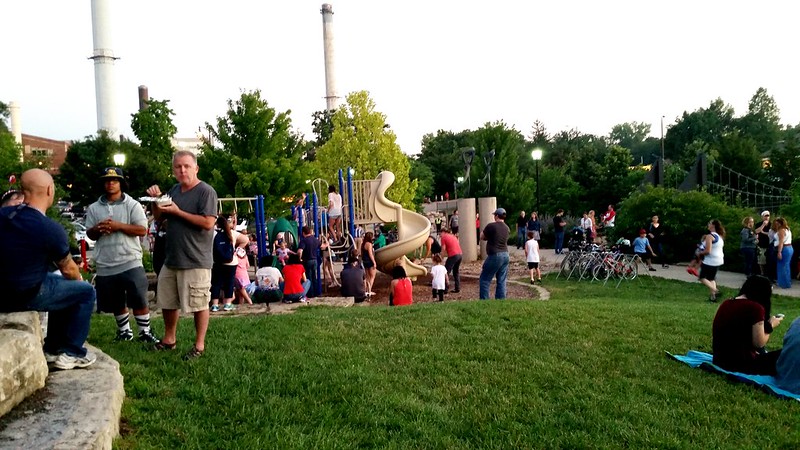 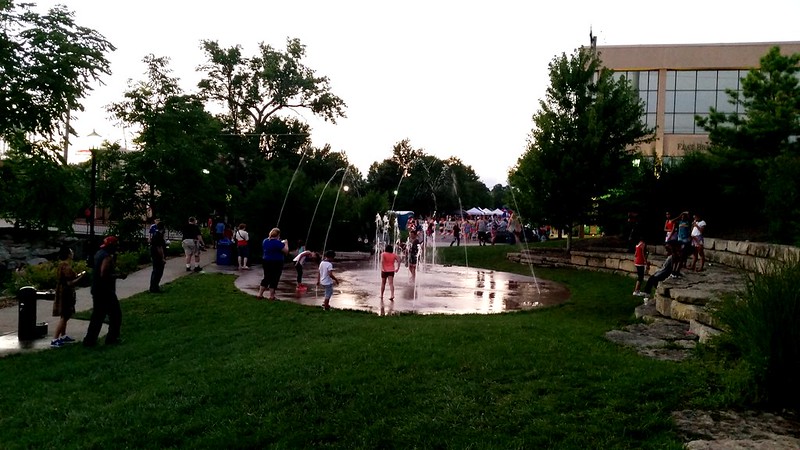 July 4th was actually pretty mello. The weather was great so after naptime we headed to a friends house for BBQ and playtime and then we drove home, grabbed the stroller and walked downtown for the fireworks display. KK really enjoyed playing in the park, but was still not thrilled about fireworks. I don’t blame her, it was really loud this year.

So out with June, in with July! What are your plans and goals for the month of July?