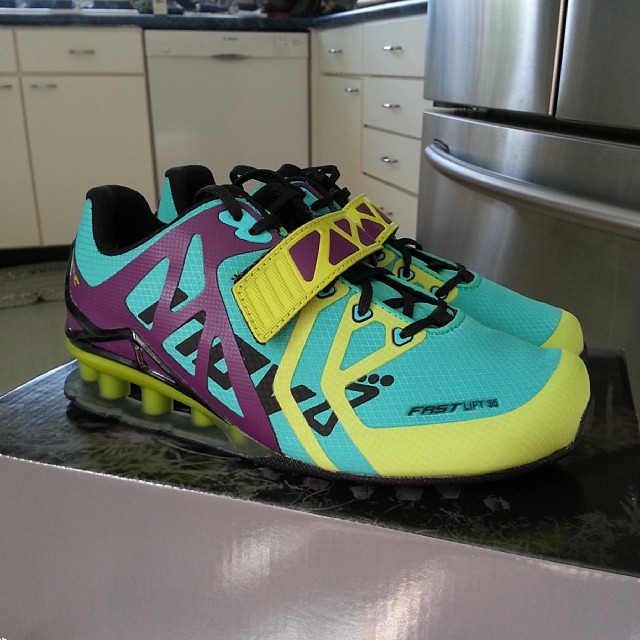 I thought I’d update you guys on how workouts are going since I haven’t really made them part of the weekly updates in a while. It’s mostly because I’ve been talking about the child preparation classes and house prep we’ve been doing for MK and tacking them onto the end of the posts feels like an afterthought when I’ve really worked to keep them in the forefront of my priorities.

If you had asked me where my workouts would be at 35 weeks pregnant, I would have told you I’d probably down to just the bare basics and mostly rowing and spending a lot of time on the airdyne. I really expected that by this point I’d be much more limited. Thankfully I was wrong!

CrossFit in 3rd trimester has been far less limiting than I ever thought it would, and although I’m a lot slower and doing a lot less reps, I’m still doing the reps of most movements and completing regular class programming in addition to supplementing each week with some additional training. 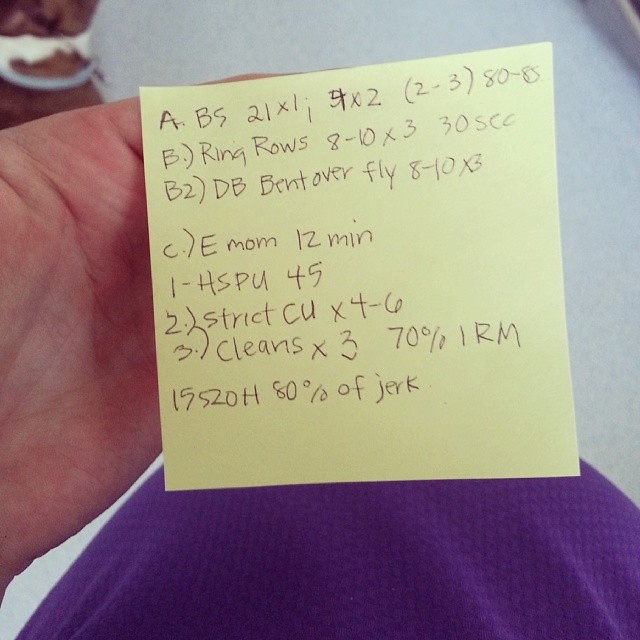 Continuing with additional “training” has not only been good for me physically, but mentally as well. I’ve been doing supplemental OPT (Optimum Performance Training) workouts on the weekends. You might remember that OPT was the programming I was supplementing with prior to pregnancy as well. Although there are websites dedicated to CrossFit programming for pregnancy, OPT has scaled really well with my pregnancy and it gives me the extra strength and specificity work I feel like I really need as I head toward postpartum.

Mentally, it just makes me feel more mindful and centered, and having the extra time each week to just focus on myself in peace and quiet is really energizing. I also use the time to connect and talk to my future training partner.

As far as movements, things do look a little different from second trimester:

Pull-ups are typically one of my easiest movements, I even did 100 of them during the Annual “Murph” Challenge a few months back, however you can see how heavy they are now. Ouch!

Yes, I am thinking about fitness and CrossFit in postpartum. Nine months of scaled activity and not being able to do some things entirely will inevitably do that to a person. I know the return to training with a newborn is a sensitive thing in the blogging community (yes, I read GOMI), but I’m also honest with myself in knowing it’s a significant part of my self-esteem and happiness that I know will be important in the transition to parent. I also love coaching and my CrossFit community and am eager to introduce MK to our CrossFit Fringe family and raise her with fitness as a part of her own life.

So far, I have a flexible timeline of recovery and return. When I’m cleared for exercise, I will begin PT with my coach Nate (awesome picture below) to rebuild my midline and overall stability. This will progress on the timeline it needs to and I won’t return to any weight-bearing movements until he thinks I’m ready. I’ve watched too many people push too hard and come back the wrong way, and I cringe and the potential long-term ramifications they will suffer. 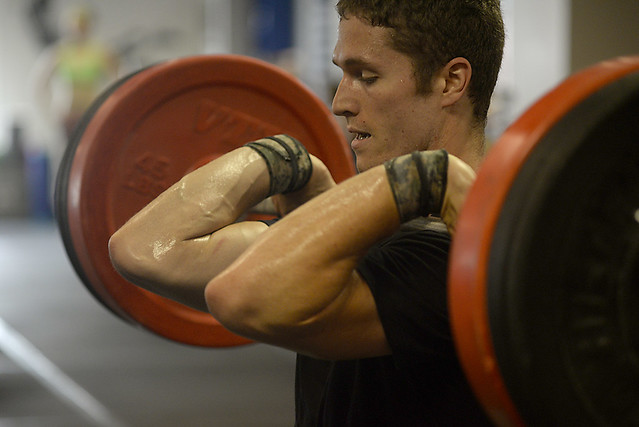 Once that initial PT is done, I will slowly integrate movements and programming as I am ready. It’s really that simple, and it’s enough just to have thought out. I have no idea what my birth will be like, nor what to expect as far as recovery, so I’m going with a very conservative plan, and we’ll adjust as necessary. I would love to return to coaching as well, and have set the goal to return in November. Neil got me a gorgeous pair of Inov-8 Fastlift-335’s for our anniversary and I am so excited to use them!