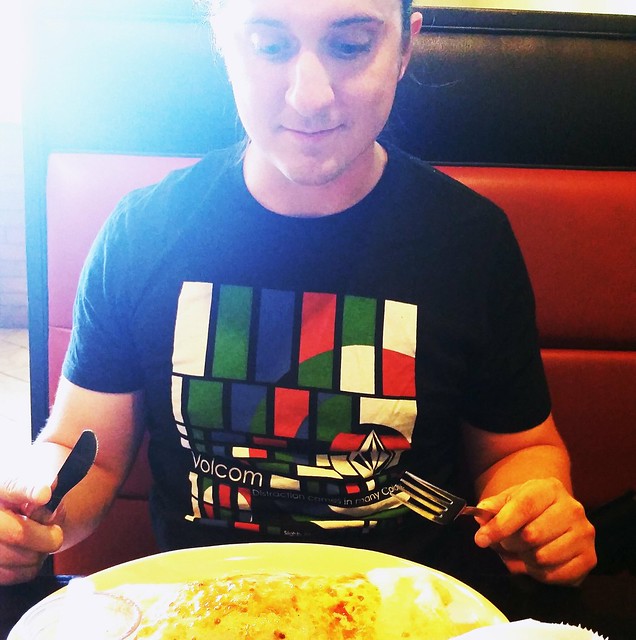 I feel like the theme of the weekend (and now carrying into this week) is Mexican. We had Mexican after our freelance kick-off meeting on Saturday, and now we have kind of a deconstructed Mexican casserole vibe going on for the first few days of the week. We’ve made it before, it’s pretty awesome, and it lasts well into the week. Neil did the assemblage this round and included some anaheim peppers from my mom’s garden. 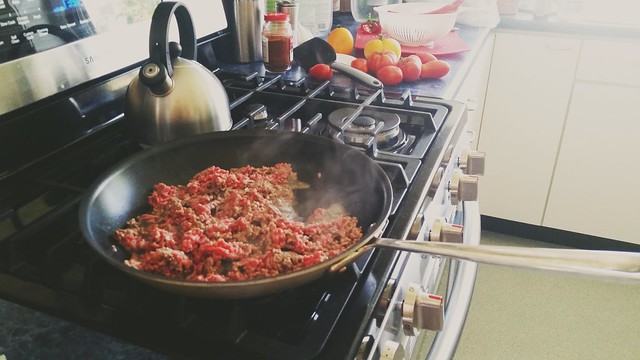 I’m kind of lamenting not doing a lot of prep, but I got a lot of training and Beeb time in, so I don’t feel all that bad. Plus it’s summer so half our meals are some kind of salad. My mom has a mess of cucumbers and tomatoes, so that’s going a long way as well. We also have a ton of fruit and easy veggies prepped for snacking, so we won’t go hungry this week. 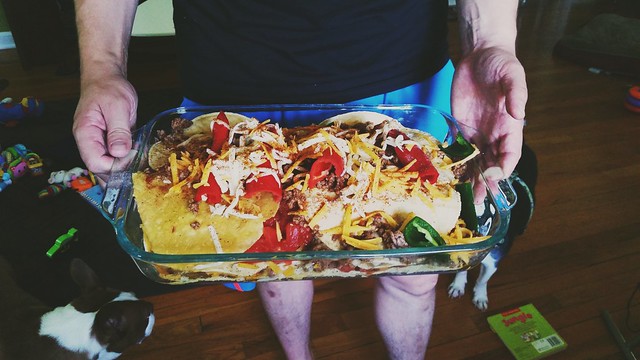 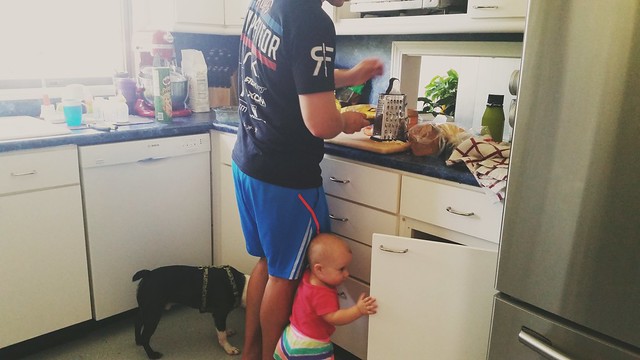 Definitely a lot more underfoot lately. Our cabinets are now mostly childproofed. I’ve left a few with intentional items in for her to pull out and play with. I just didn’t have the heart to lock everything down, there is definitely some productive play opportunities for her in the kitchen and sooner than later she’ll be ready to start helping. 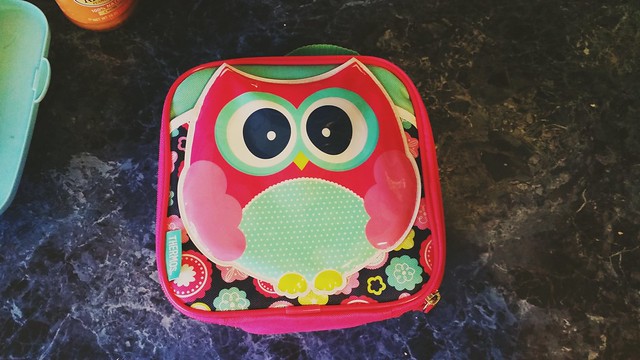 She also got her first lunchbox this weekend. Decided it was time to upgrade from the ziploc bags I’ve been sending to daycare. It was the one she had the most reaction to — most likely because of the big eyes.

She’s also developed a love of eating shirtless (in addition to television jingles). We’ve never been able to get her to keep a bib on, so after this weekend, we’re just nekkie.

Her meals continue to be mostly shredded chicken, some kind of potato or masher and green veggies. She loves peas, so they are currently heaviest in the rotation. We’re going to do some quinoa this week to see what she thinks of that. Sticky things that clump for easy grabbing are a hit.

What are you eating this week?