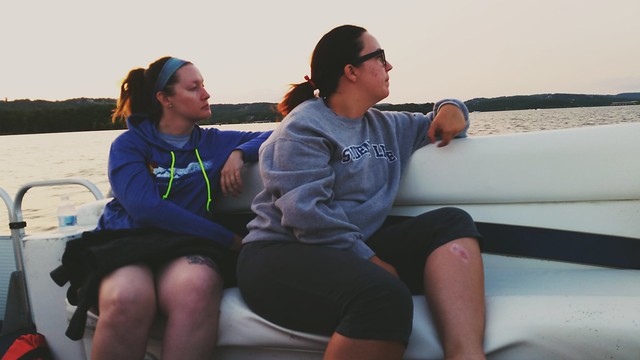 Lightning fast weekend! I made a short trip down to Branson to celebrate Becca’s birthday at the lake and was home by 1pm on Sunday. I laid in the sun, finished a book and a stack of magazines and finally saw Pitch Perfect the whole way through.

The theme of this weekend is RIBS — 6 lbs of ribs to be exact. They were on sale this week, so Neil picked up some baby-backs, potatoes and veggies and we hope that will get us through most of the week. We did half on the grill, and we’ll do half in the crockpot. We also grilled a bunch of chicken for lunches and beeb. 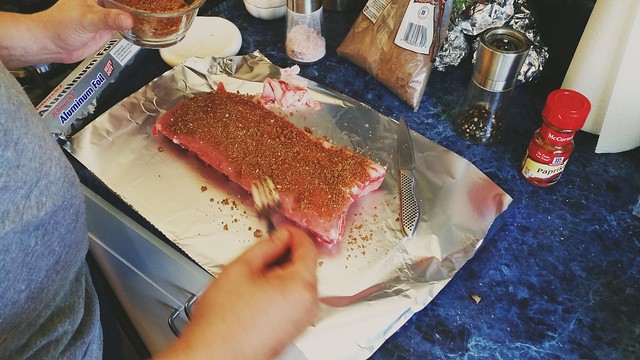 And the finished meal: 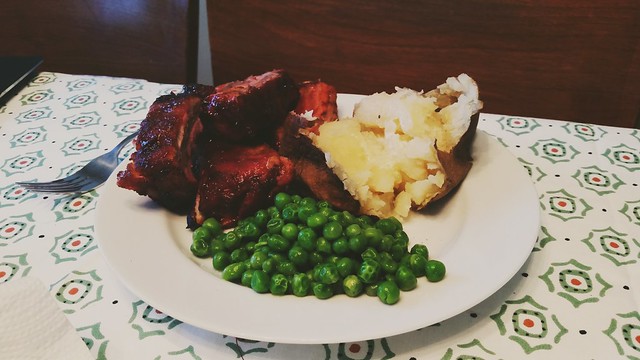 I know I’ve gotten a little off track on these posts the past few weeks. It’s mostly because our weekends have been out of town or with guests, so it’s made meal planning super basic. I’m talking meat and steamed veggies basic. Not a big deal, I mean, goals met, workouts had — but it’s just not very exciting to talk about.

This is the last week that it will be an issue for some time. We’re taking Beeb to Minnesota for her first State Fair. It was one of the things I always dreamed about doing with my own child, I grew up doing it every year. While I suspect we won’t make it every year, it will still be cool to do as often as we can so she has memories of it growing up like I did.

In Beeb news, she had her 1-year appointment at the doctor this week! We’ve been given the green light to start transitioning her to milk. We’re going with organic whole milk for now. She had her first 1/2 bottle yesterday and so far so good. 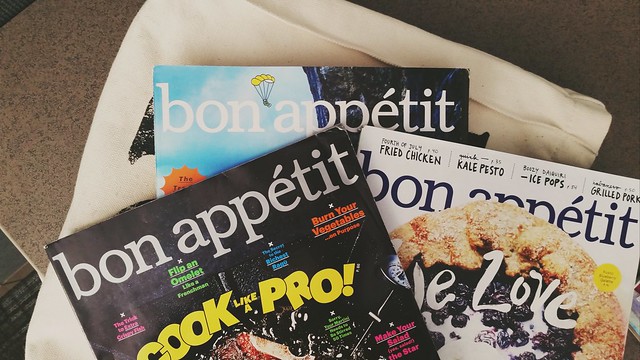 She’s been a little fruit monster lately, but we’re trying to put more and more in front of her to try. She had bowtie pasta the other day, and a few baked beans. She loves sharing pieces of toast with me, and of course birthday cake was a hit too. It’s been fun, and she’s still so open to almost everything.

This has me on the hunt for a few more adventurous meals that she can partake of. I don’t have the wherewithal to cook separate things, but I am missing a little of the fun we used to have with meals. It doesn’t help that I’ve picked up a bad magazine habit. Oh food photography…you get me every time.

So on that note, anyone have any great toddler-friendly recipes that won’t have Neil and I feeling blah?