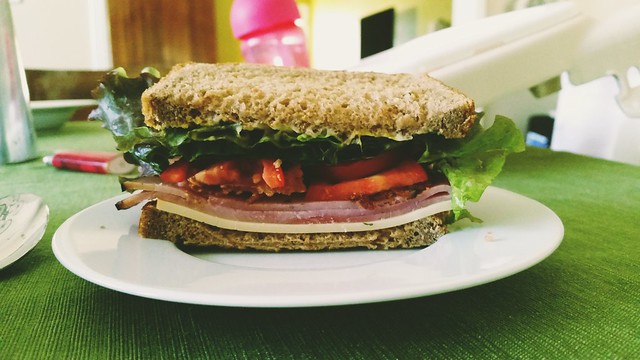 So we ended up eating our smoked pork butt for almost the entirety of last week. It ran out by dinner Thursday, so we picked up a pizza (gotta get those gas points at Hy-Vee). I don’t think you can get more frugal than that. 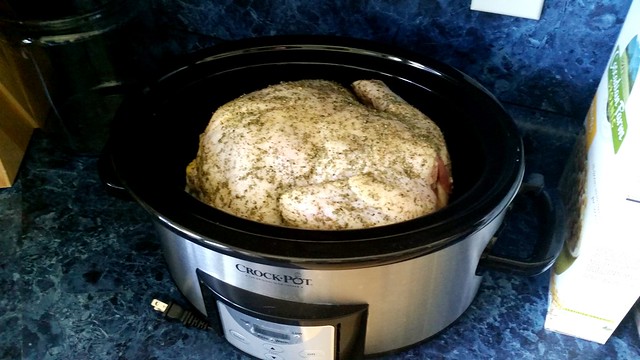 We also put together a meal of roast chicken, gravy and sweet potatoes for Charlie and Victoria. They just had their baby a few weeks ago, and it was exciting to pay one of the many favors we received forward. Those meals in those first weeks were a lifesaver! 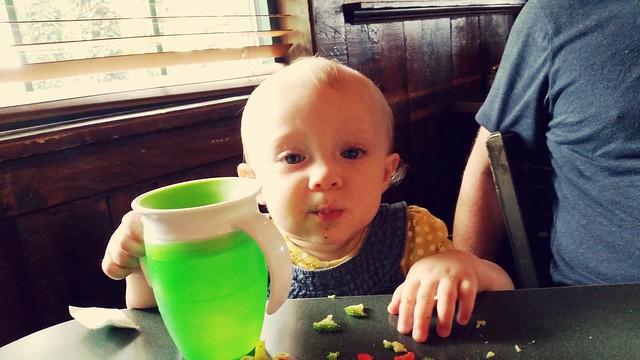 We treated ourselves to lunch out at Flat Branch. Beeb loves the steamed veggies, she was by far the happiest baby at the restaurant. 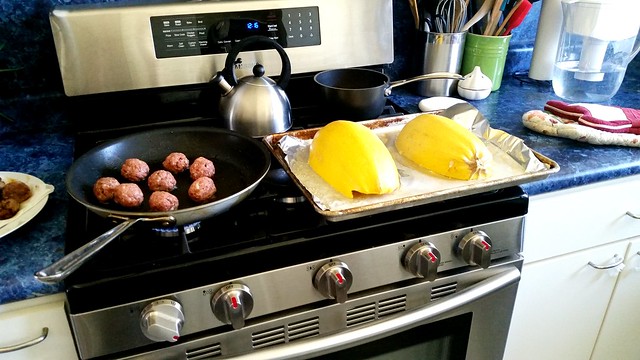 And then we made meatballs and spaghetti squash over the weekend to start the week. 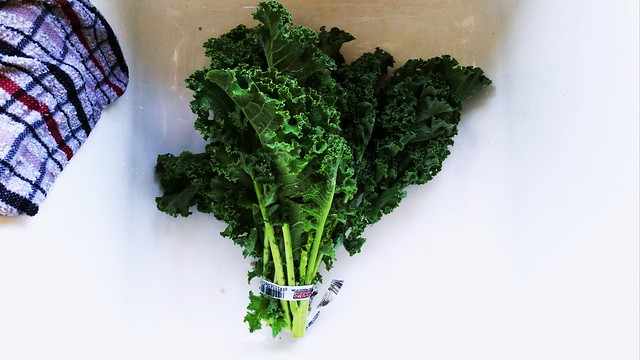 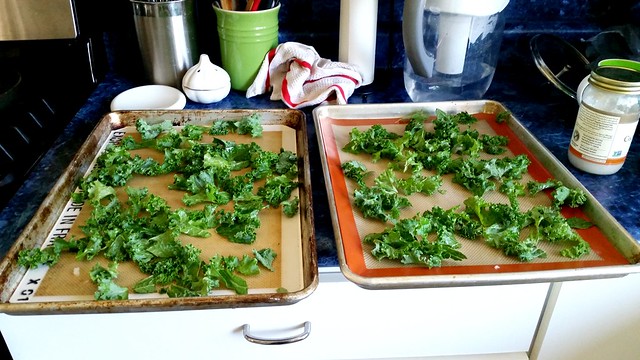 I made some kale chips for Beeb. I wanted to give her something a bit different (crunchy!) but with only 2.5 teeth, we are somewhat limited. These are super light and easy/gentle for her to crunch into and it’s a surefire way to get more greens into her. They’ve been a hit and were so easy to make, just a little coconut oil and Himalayan sea salt.

I was almost giddy at the amount of prep I got done this weekend, felt almost like pre-Beeb days. 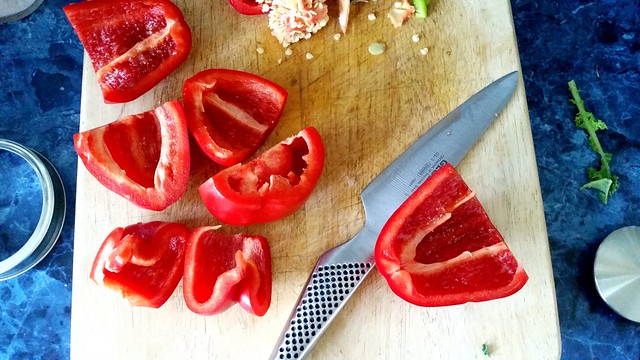 I also charred some peppers for her, which she also digs. She is so good with veggies, but we are definitely struggling with meat. I feel like some days, she’ll just tear into it, and other days it’s sneakily thrown to the dogs, smashed under her cup, or spit out. Our conundrum is this, do we feed her anything, just to make sure she gets something, or do we stand our ground to make sure she doesn’t end up with a limited range of foods she’s willing to eat? Ideas? Right now what we’re going to try to do is sneak things into other things and hope it works.