By JessicaOctober 23, 2016Colorado, Travel
No Comments

Authors note: I’m back from the dead (read: mountains of work)! Here is the post on our vacation to Colorado last month, and I’ve got a catch-up post in the works!

Yup, I have a feeling we’ll be going to Colorado once a year. How can you not? It’s just one awful state away, and there are so many friends and activities! 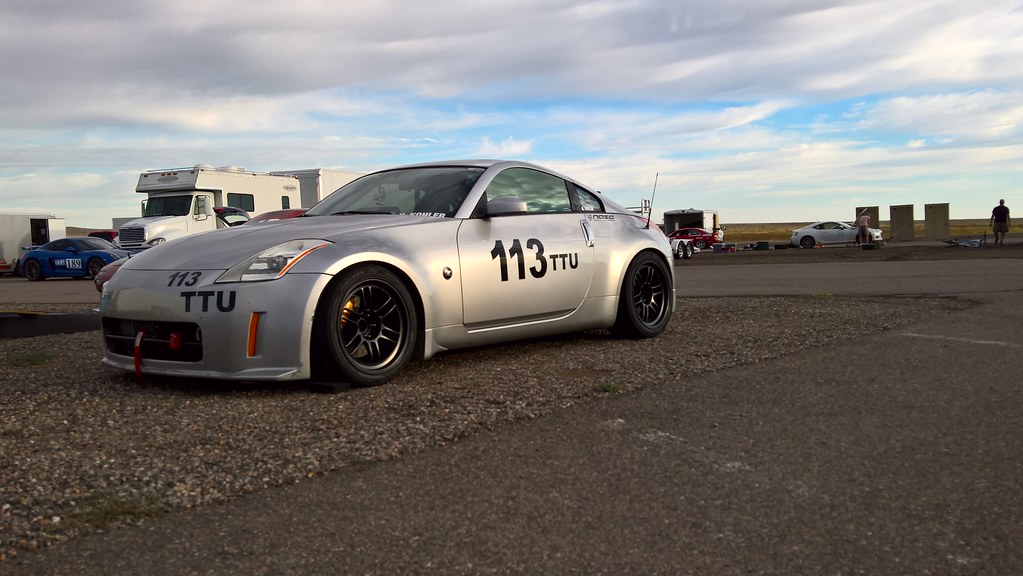 To say we did a lot on our trip would be an understatement. The first part of the weekend was dedicated to Neil’s race. While he will definitely be making his own post on how that went, I’ll just give you a little rundown. 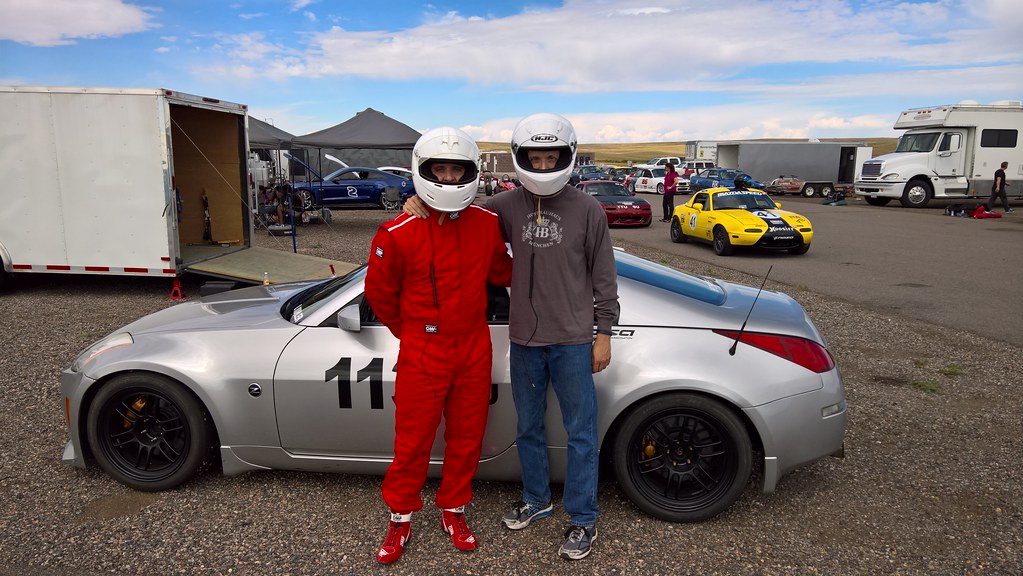 Neil’s been wanting to try out High Plains Raceway for some time. So when a race popped up on the calendar and the timing was perfect (not in our busy season at work), we bought in and started planning a trip to Denver and all the logistics involved with toting a car, trailer and toddler across Kansas.

KK and I weren’t able to spend a ton of time at the track. The altitude and intensity of the sun coupled with hot black gravel parking area didn’t make it an awesome spectating experience — which sucks because it is a gorgeous track. It’s very remote and right in the middle of the high plains. KK and I could have walked around for HOURS.

While we were in Denver, we stayed with one of my closest friends Patrick and his wife Jen. Patrick and I have been friends since high school — nearly 18 years! While Neil spent the weekend racing, KK and I hit the local parks and visited downtown Golden with Patrick and Nate (oh yeah, remember him?). The entire Denver area is amazing. It is jam packed with people and things to do nearly wherever you turn. We also ate some incredible food and enjoyed downtime around the house.

Dancing with Patrick from Kohler Created on Vimeo.

Neil finished racing and came back to Denver Sunday night. On Monday, I hit FAST/CrossFit LTP to train with Nate. Their facility is amazing! Nate and I worked up heavy singles of both snatch and clean and jerk, and then did a 20-minute EMOM of sled pulls, handstand walks, GHD sit-ups and lunges. It was definitely an adjustment with the altitude. 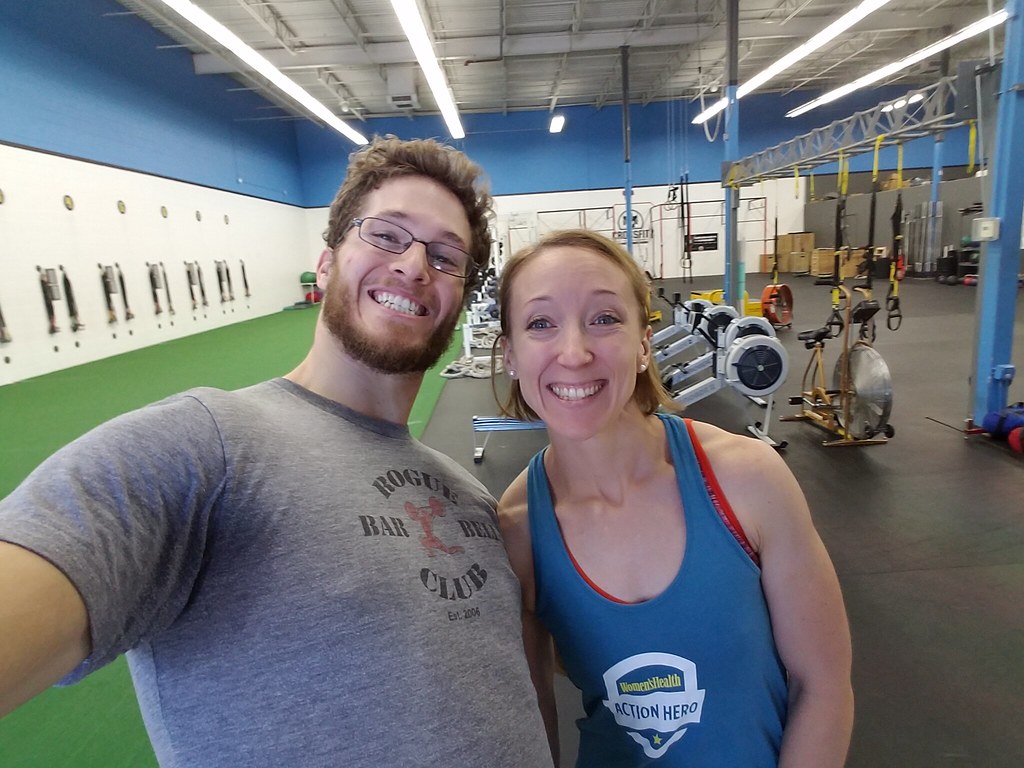 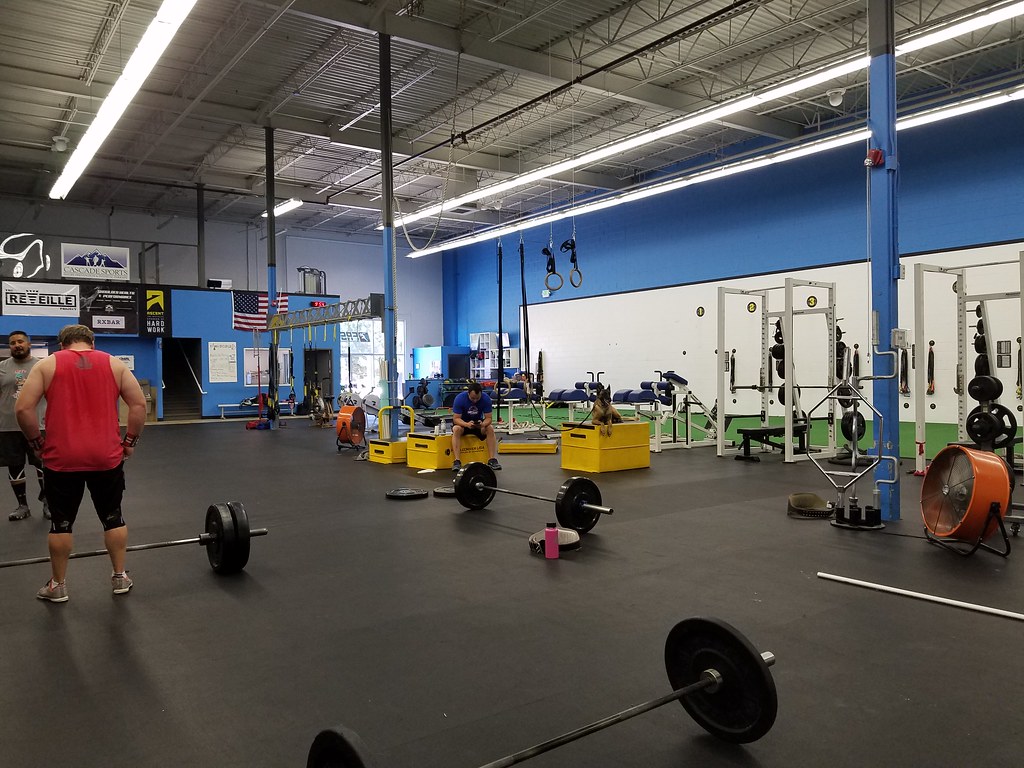 We also did a little exploring in downtown Littleton and stocked up on spices from Penzey’s, and chocolate from The Chocolate Therapist. Support your local businesses, they are amazing! Both also have online ordering, so get your fix, the prices were amazing. We ended the night grilling steak and asparagus on the deck. 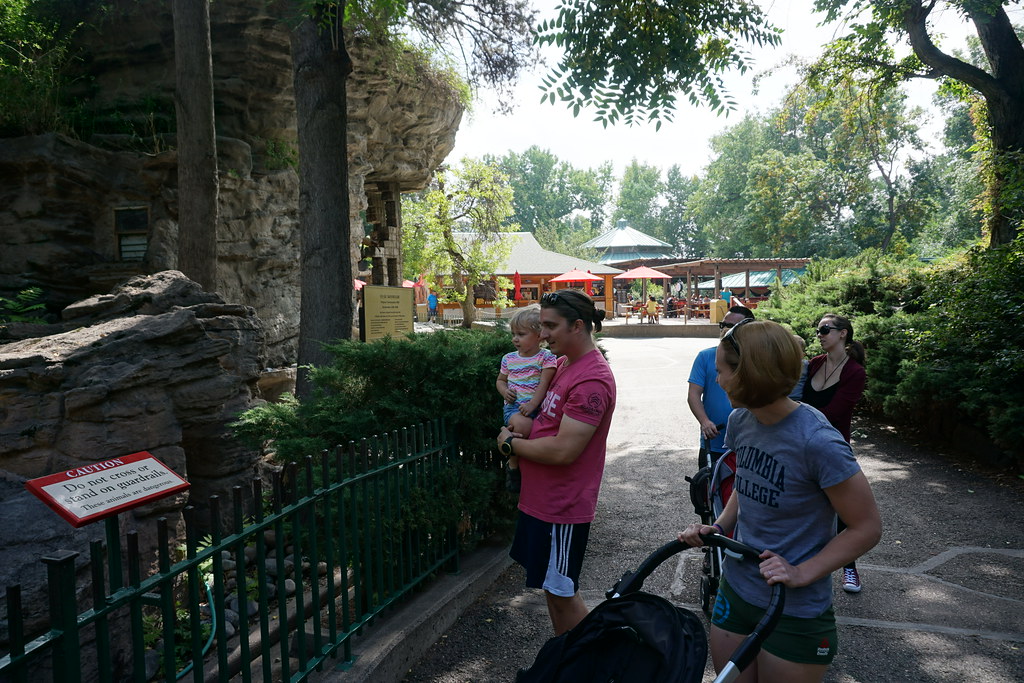 Tuesday, we hit the Denver Zoo with Patrick. After the wild success of the St. Louis Zoo a few weeks ago, we decided it was a must to do it again. While KK was a little less enthused because we got precariously close to naptime, she did enjoy the exhibits (especially the water ones) and saw a lot of cool animals. Huge thanks to Patrick for catching so many photos while we wrangled the beeb. 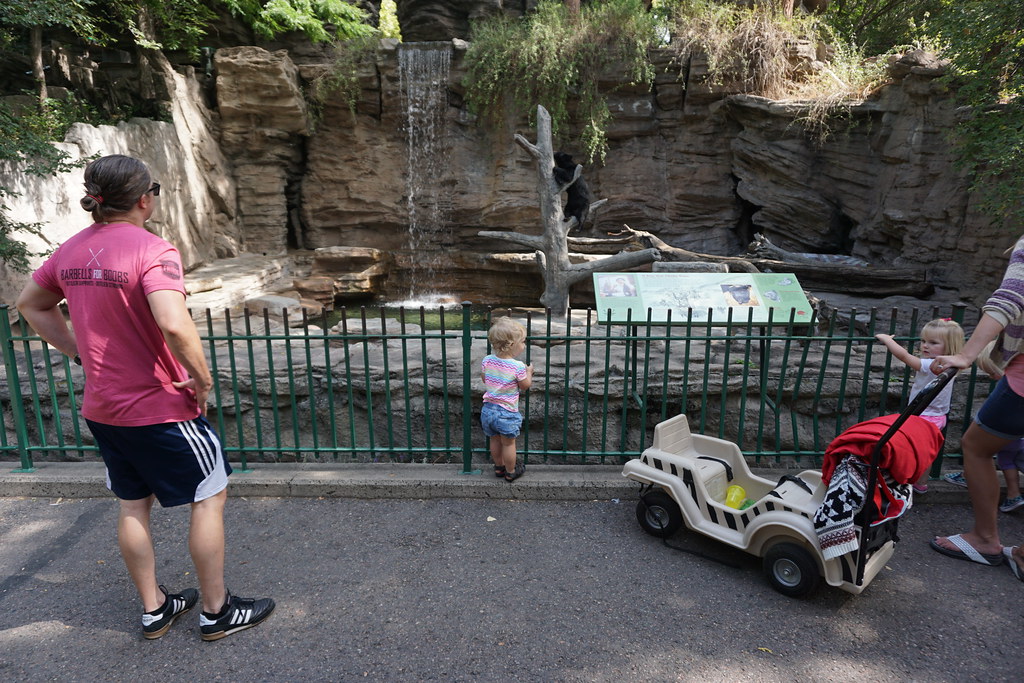 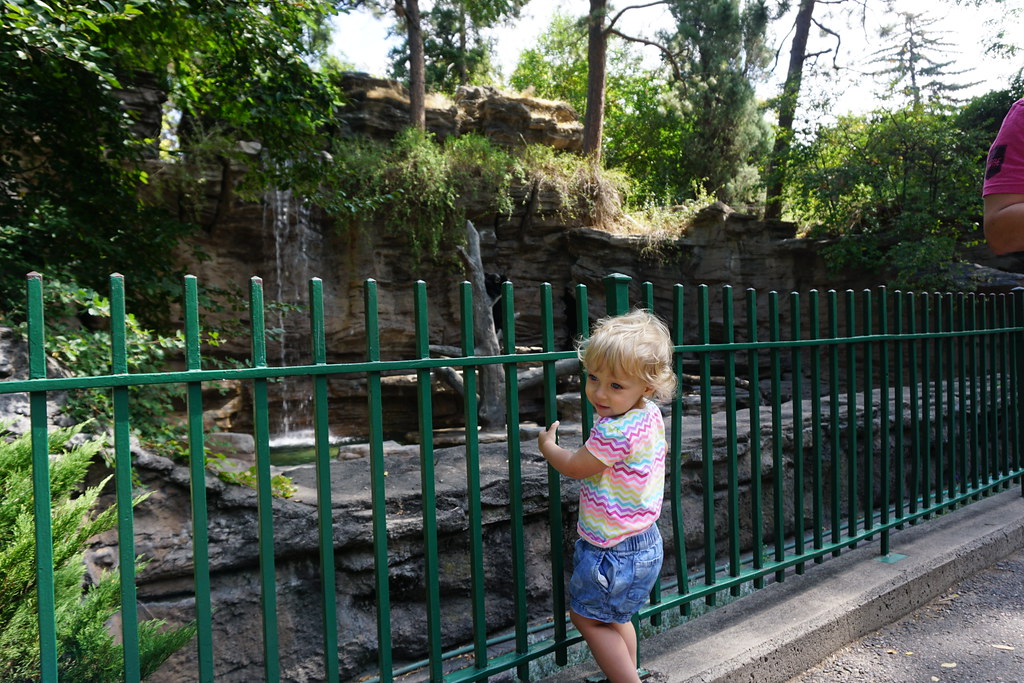 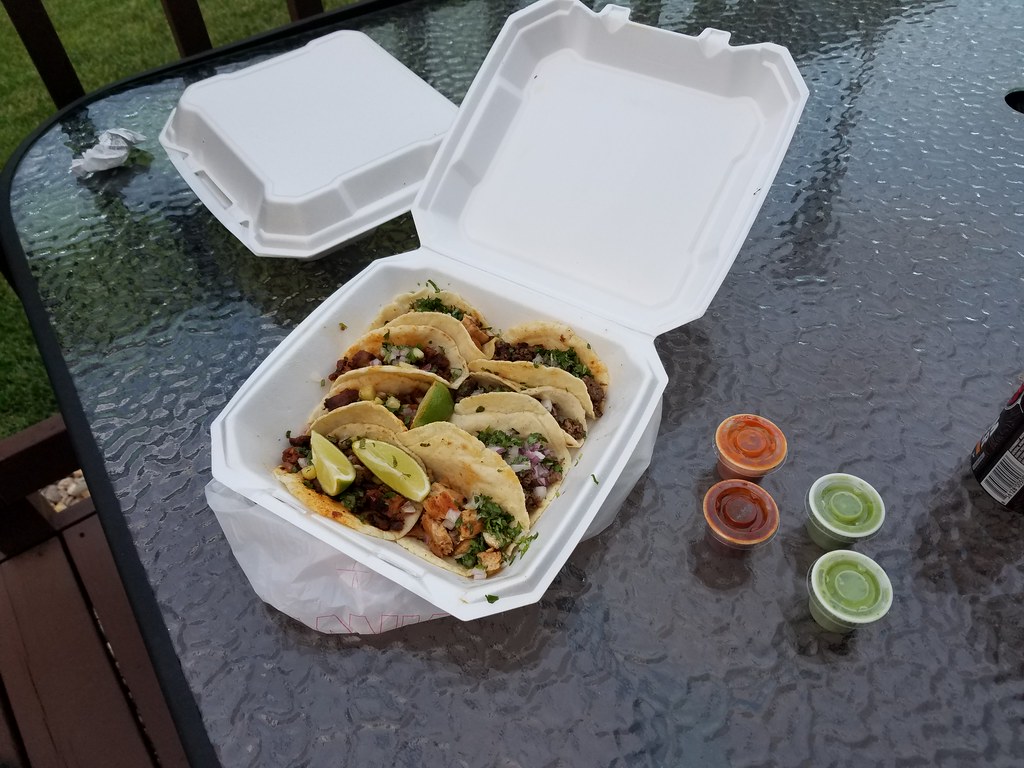 Wednesday was an awesome day for me. I got an amazing massage, and then we hit a Farmer’s market in Cherry Creek for lunch. We had a little of everything, including tacos (Roxie’s Tacos), tamales and perogies. KK loved the tamales, and the tacos were to die for.

For dinner that night, a failed attempt to get sushi to celebrate Jen passing an important certification test for work led to our discovery of Thai Basil for the first time. Oh my gosh is it amazing. We don’t eat at a lot of chains, but we would definitely eat that often. The pineapple curry was phenomenal.

Thursday, Neil and Patrick set out really early to hike Mt. Bierstadt, Neil’s first fourteener. Patrick has done many fourteeners, and really wanted to hike one with Neil (I’m too much of a scaredy cat of heights). They talked about it for weeks ahead of our trip, weighing the pros and cons of each option. They got a lot of AMAZING photos, and one of the other hikers on the trail that morning even caught a video with his drone. I literally haven’t been able to stop watching it all week! 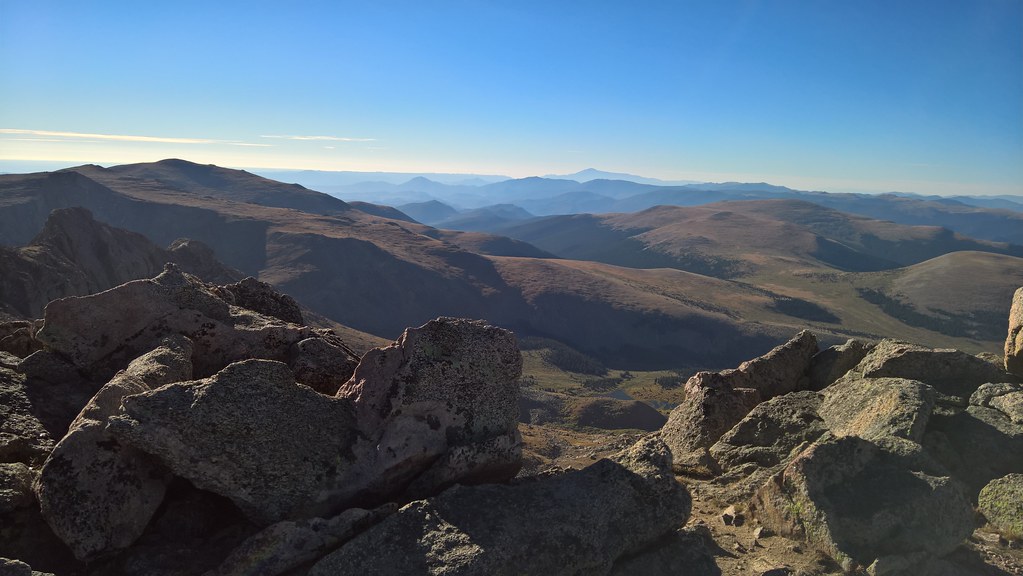 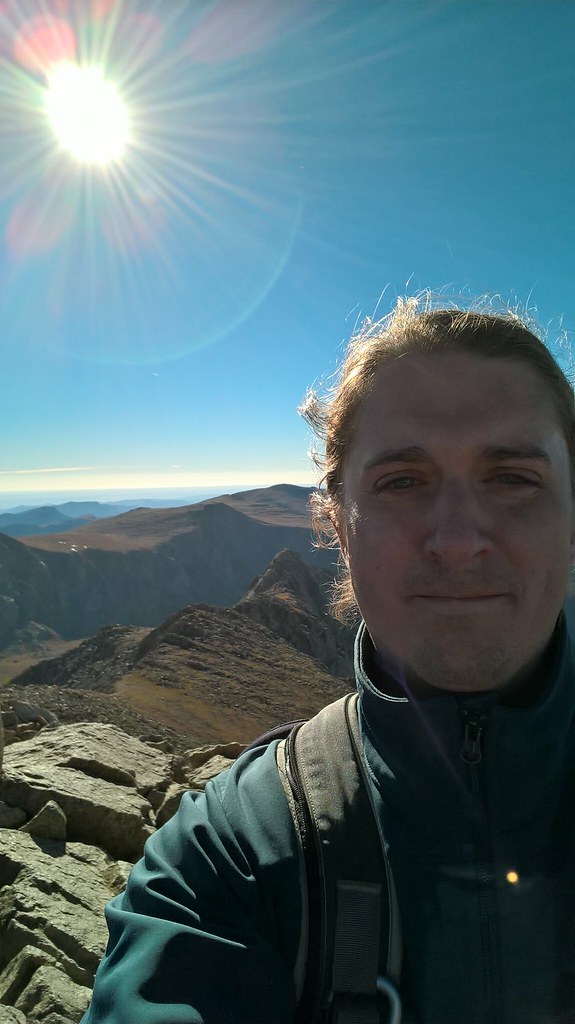 That night we met up with Nate and Michelle for one last dinner out. Patrick chose an AWESOME beer garden called Kline’s in Arvada close to Nate’s gym, and we had an amazing dinner and conversation. It was open air, and the setting was just perfect to bring a toddler to. KK had a blast!

Friday we packed up super early and headed home. It was a wonderful trip, and I’m still amazed it’s already been a week since we came home. It was really hard to send KK back to daycare again on Monday. Parenting isn’t easy, no matter what circumstance you are in. For Neil and I, the time we spent with KK uninterrupted was priceless. It felt like she grew so much in just a short week and it was so cool to get a little closer to her world and perspective and how much it’s changing and evolving constantly. 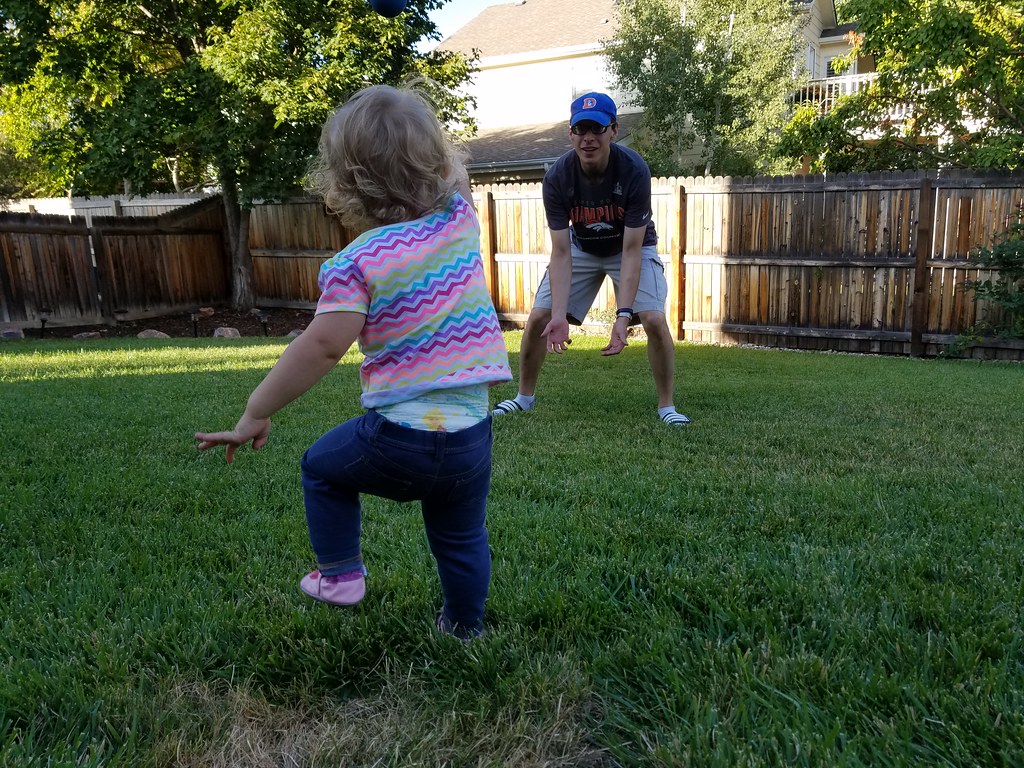 I think Josh Bridges said it best. “Being a parent is like being in this awesome club that, once you’re in it, you wish you would have joined a long time ago.” I don’t know that I would have agreed with him when she was an infant and screaming for hours on end, but I’m definitely a card carrying member now.