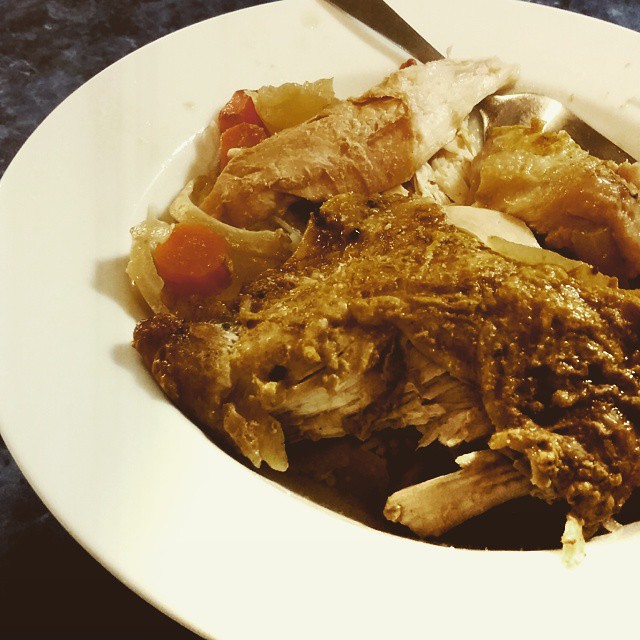 Well — it didn’t go as I hoped, but I’ve managed to do okay, mostly thanks to Neil’s cooking. We kind of went into this week on the fly because we are finally fixing the storm damage to our ceiling and as a result didn’t get a lot of planning/prep in. Additionally Kaitlan and I are fighting some sinus bug, and she’s been going through some sleep regression. Yep, fun week for us.

Breakfasts this week involved a lot of oatmeal (one of my exceptions for the challenge), bananas and almond butter. Lunches were egg and breakfast sausage sammiches on sourdough, and dinners were chicken with veggies. I had two lunches out that were Chipotle and grocery store salad bar and today I think we’re going to get some Pho to try to kick this sinus bug. So — definitely not as hoped, but with breastfeeding, I still consider this a success and I already feel so much better and less inflamed.

I think for most, the first week is a lot of impulse control, and that is especially frustrating at the grocery store. I remember doing Whole30 last year and walking through the grocery store almost in tears because it felt like a huge box of things I couldn’t eat. 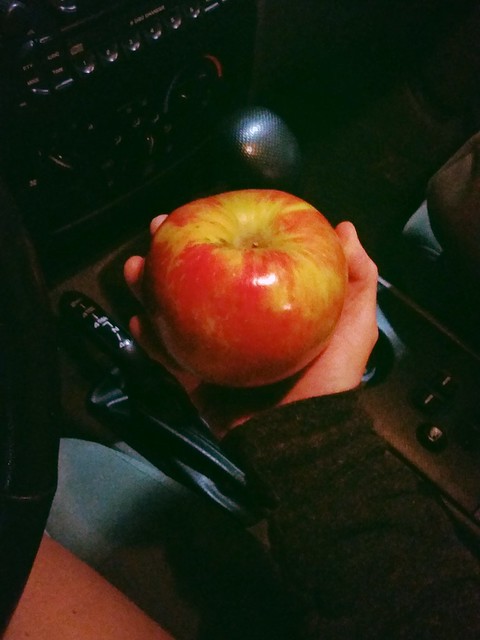 Last night was the first night I tackled grocery shopping (usually Neil’s task) and I definitely felt those old feelings creep up. So, I got myself an apple, and munched on it while I walked through the store. Totally not weird, right? I think I ate the sticker…

So since it’s Friday, let’s go through the highs and lows of the first week:

High: I already feel so much less inflamed and swollen. After having eaten so clean during pregnancy, I didn’t realize how much I’d strayed (especially during the holidays), and how much better I feel — not only physically, but mentally as well.

Low: Grocery shopping has again become a little depressing. Hopefully that’s temporary, but either way it’s for the best. I do get a bit of a rush ever time I stick to my guns in those types of situations, so I’m going to try to chase that feeling

High: With Kaitlan starting solids and showing an IMMENSE interest in everything we eat and drink, I feel like this is the perfect time to recommit to a better way of eating to model to her. Plus, we both apparently love bananas and sweet potatoes.

Low: Taking on a nutrition challenge and trying to be more mindful while breastfeeding is so hard. Since having Kaitlan, I’ve rarely felt the feeling of being full after meals, and it’s harder than ever now.

High: In taking this challenge on with a group, it’s been so nice to dust off our Facebook groups and reconnect throughout the day, sharing recipes and experiences. I hope this continues after the challenge!

Our goals for eating next week:

What were your highs/lows for the week?