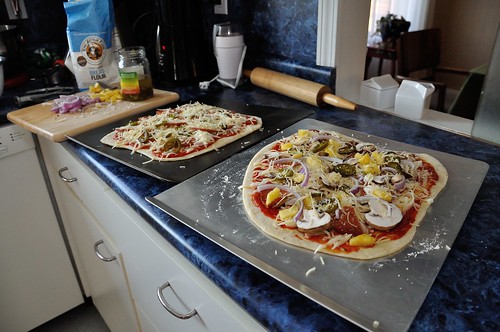 One last relaxing weekend before another race weekend. Neil requested pizza for our cheat meal this week, and somehow we ended up with enough for several meals. No matter, it was so good! I didn’t think about it till mid-bite about halfway through my personal pizza, but it’s been almost two months since I last had pizza — which I’m pretty sure is the longest I’ve ever gone without it. Eating clean is tough, but it’s little moments like those that make you realize how strong and resolute you can be about something — it’s all mental.

We had an assortment of things on our pizzas. I opted for fresh pineapple, mushrooms, jalapenos, onion and a little pepperoni. Neil opted for pepperoni and extra cheese (a mix of Mozz, Parm and Fontina). We used our thin and crispy pizza crust recipe and baked it up nice and hot. We then settled in for a night of computer games, and crashed out sometime around midnight. 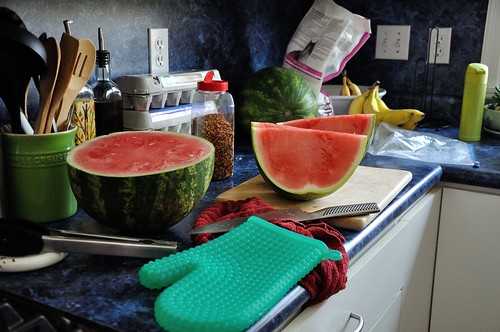 We also ate a lot of watermelon this weekend. I love when fruit starts going on sale! 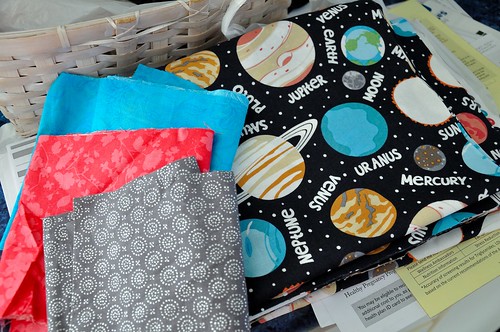 On Saturday, my mom and I spent a good two hours working through ideas for the baby’s bedroom. Yes, I don’t call it a nursery, that seems weird to me. It’s our kid’s bedroom. A few weeks ago, after watching Cosmos, we decided a solar system theme might be kind of fun, so when we happened to stumble on some print fabric and fun colors, the theme for the quilt and textiles really started coming together. You can follow my planning/scheming on Pinterest.

We’re really keeping things pretty nondescript and neutral no matter what the official sex ends up being. We’ve avoided a lot of cartoony stuff too, or just themes that assign way too many stereotypes. My thought is that by the time they are old enough, we would rather them to put their own mark on their room, so it doesn’t seem worth it to do too much legwork now when it would really be for us and not her/him. That being said, the room will still be fun and reflect our care and excitement. 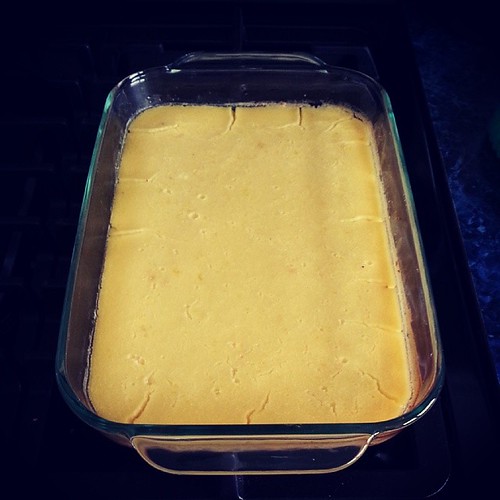 I also made some paleo-esque lemon bars, adapted from Against the Grain’s recipe (just added a little powdered sugar on top). So good!

Other than that, this weekend was really low-key. I should have attempted to get more done, but oh well!