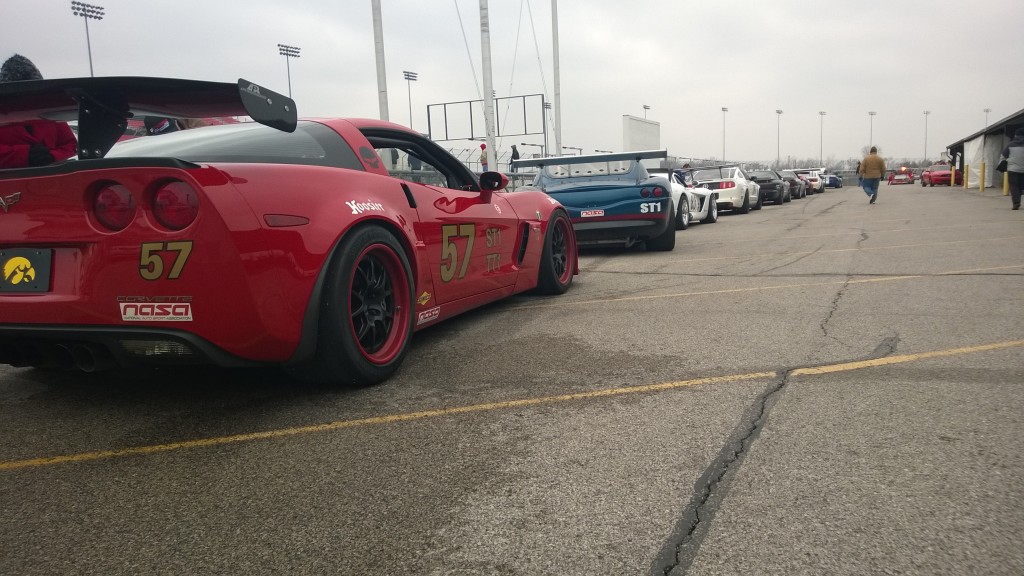 Coverage from the weekend elsewhere on the web:

After a very, very long winter it is finally here: my first track weekend of 2014! The opening weekend just happened to take place at Gateway Motorsports Park in Collinsville, IL. I am very familiar with this track. I have more seat time at GMP than any other track as you can see here, and here.

This year I will be more closely following the National Auto Sport Association Central (NASA Central) division because NASA will be eventually where my car fits in best to compete and the staff, instructors, and volunteers are just a great bunch of people to be around. 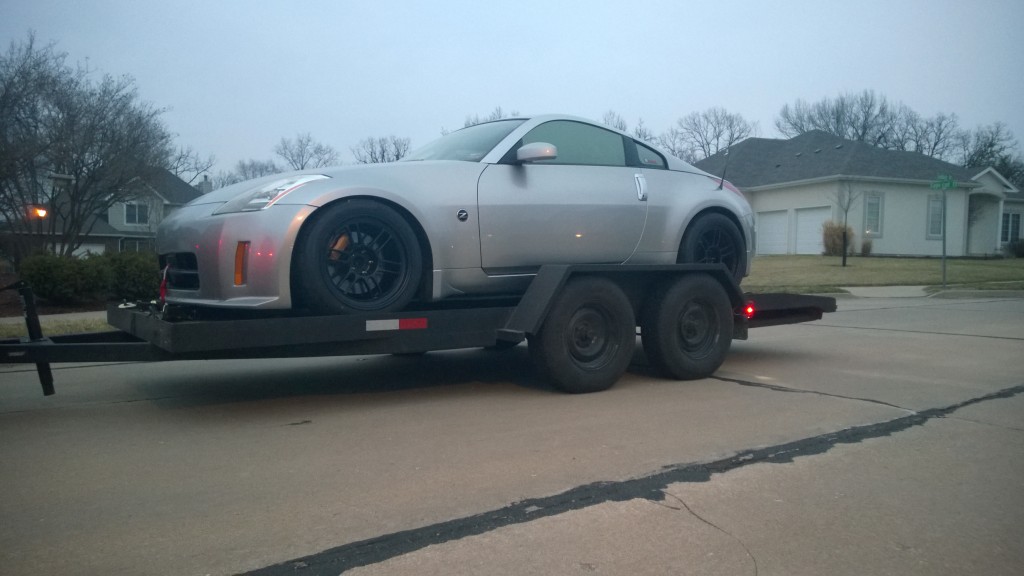 All packed up and ready to go!

Saturday was downright COLD! Temperatures at the track at 8:00AM were in the 30’s, and with no sun to be found it was quite a precarious morning. Tarmac temps were low too and considering it was most people’s first time back in the driver seat since 2013, everyone was being real conservative on the track.

Jessica spent most of the day sequestered in the car, reading books and taking naps. I don’t blame her. When I was not in the driver seat I was in the car too trying to get feeling back in my hands. 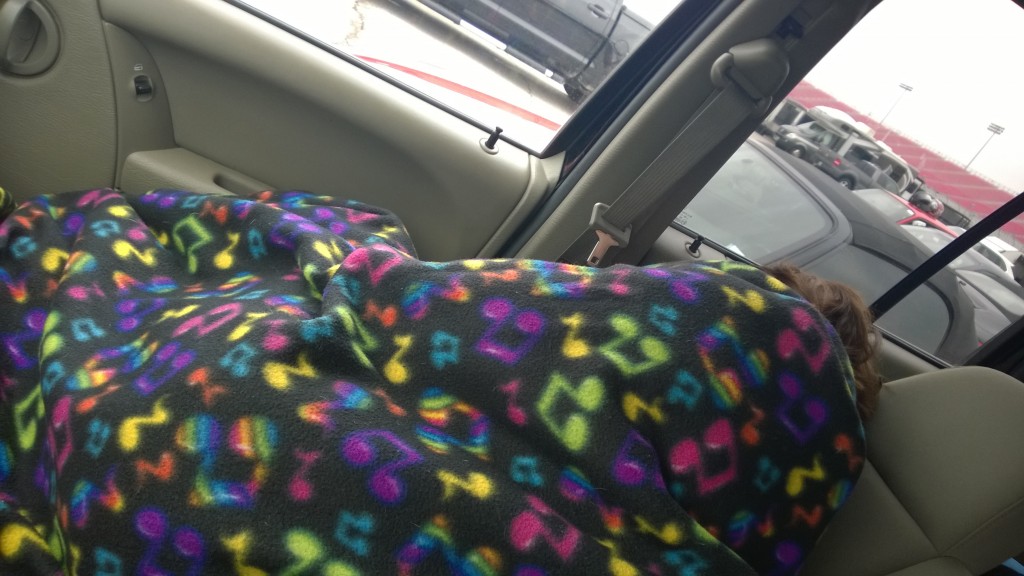 Despite the cold temperatures, it was great to be back behind the wheel and the car felt great! Last season I had to replace my wheels due to one of the old ones cracking, so new Enkei RPF1 18×10.5+22 wheels and brand new Nitto NT01 tires (275/35/18) were on the car. The car performed very well and only a minor suspension adjustment was necessary due to the tire rubbing the inner fender lining. The morning sessions were nice and slow to shake off the cobwebs and get used to the new shoes, but by the afternoon I was back in the groove and back on my racing line. 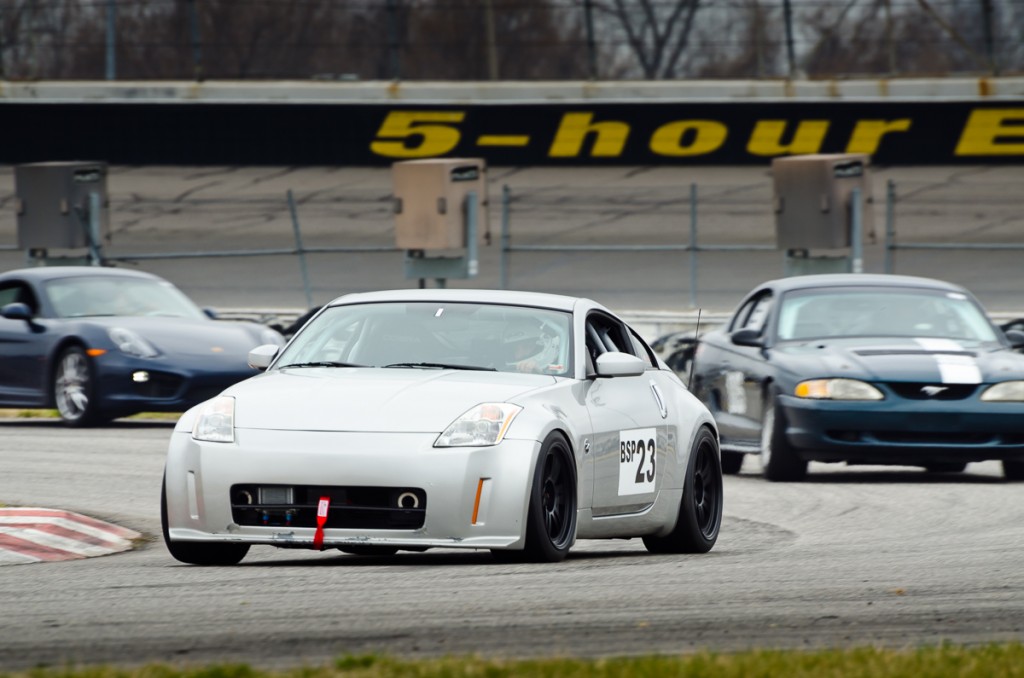 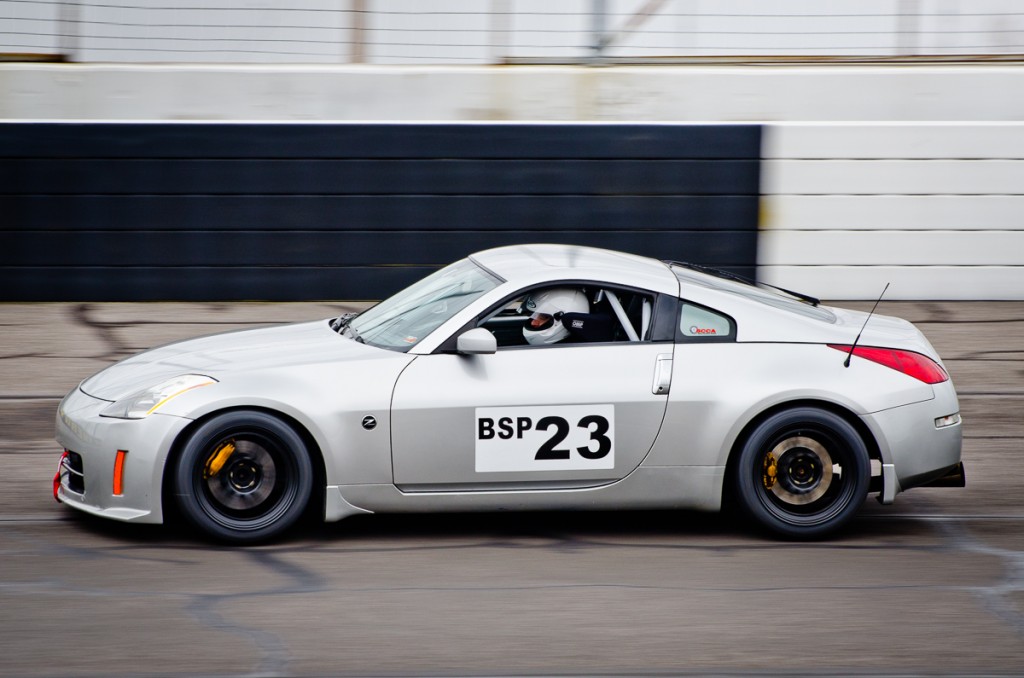 All was not lost on Saturday, because I registered for both Saturday and Sunday sessions. The forecast for Sunday looked to be nice and sunny so after a long chilly day on Saturday we retired back to the hotel in Collinsville to relax and recharge for day two! 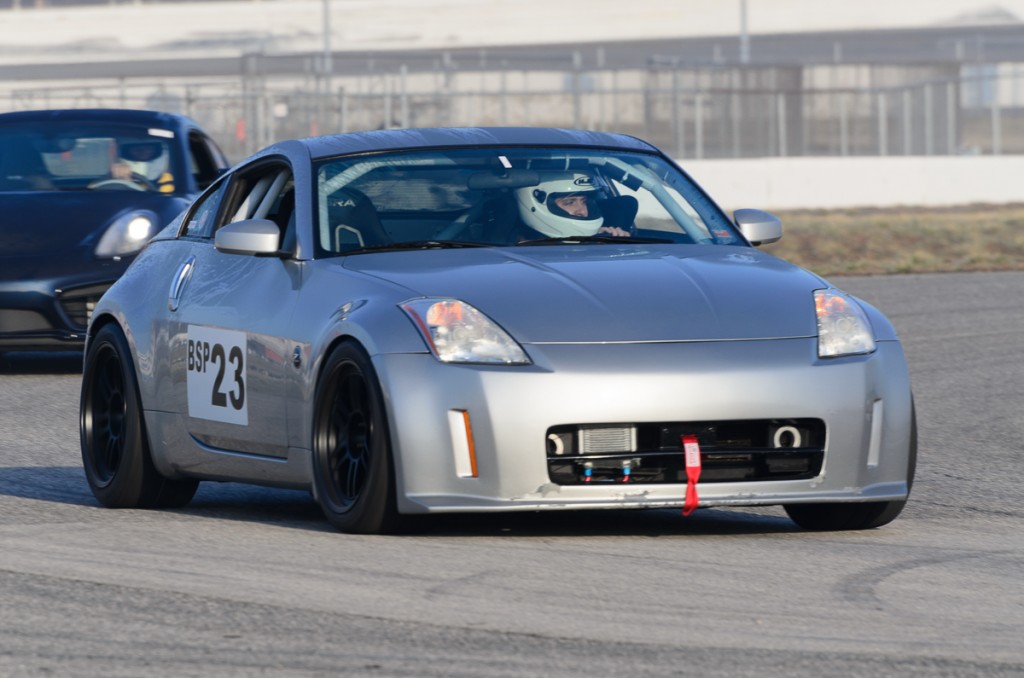 As you can see it was still frosty even on Sunday. The good news is that the sun was out and heating up the track, and the air was still cold. This combination of warm tarmac and cold air resulted in many cars breaking track records. I could certainly feel it as well, and Sunday ended up being a much faster day than Saturday. 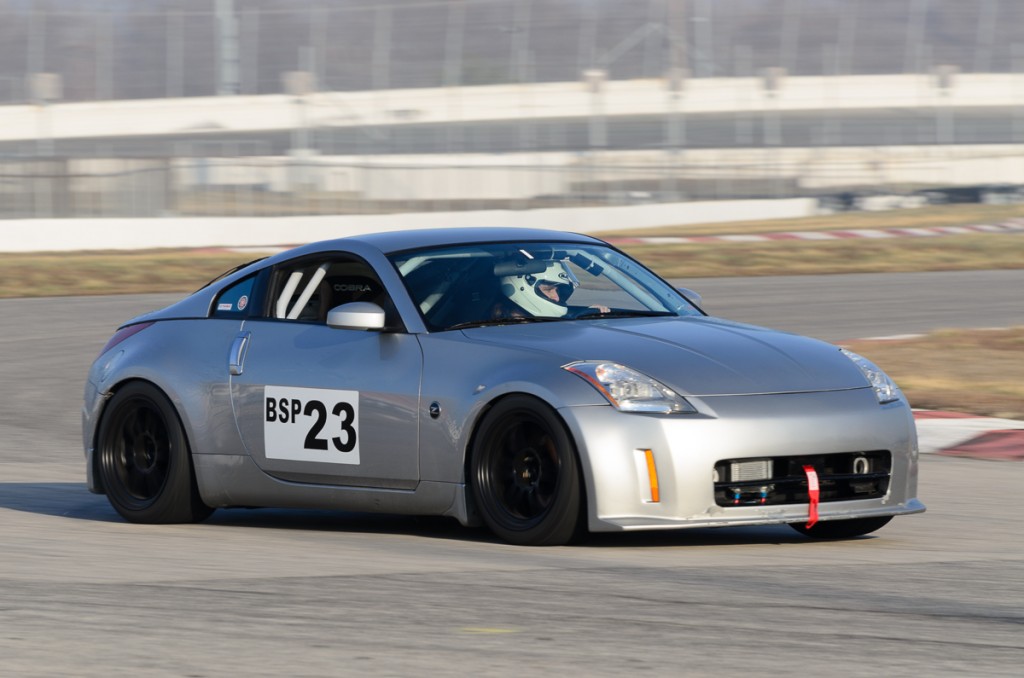 This was my first weekend in the HPDE3 group (What is HPDE?). This group allows more open passing and is paired with HPDE4, which is the most advanced group  to participate in before considering the next step of a competition license.

It was a really good learning experience having all of those experienced drivers around you on the track and the experience of people passing you, or you passing others freely. I was definitely much more aware of what was going on around me and I think that overall it kept me more focused on driving. While my lap times were not my best, I was definitely getting my line down and while getting used to others moving around me. 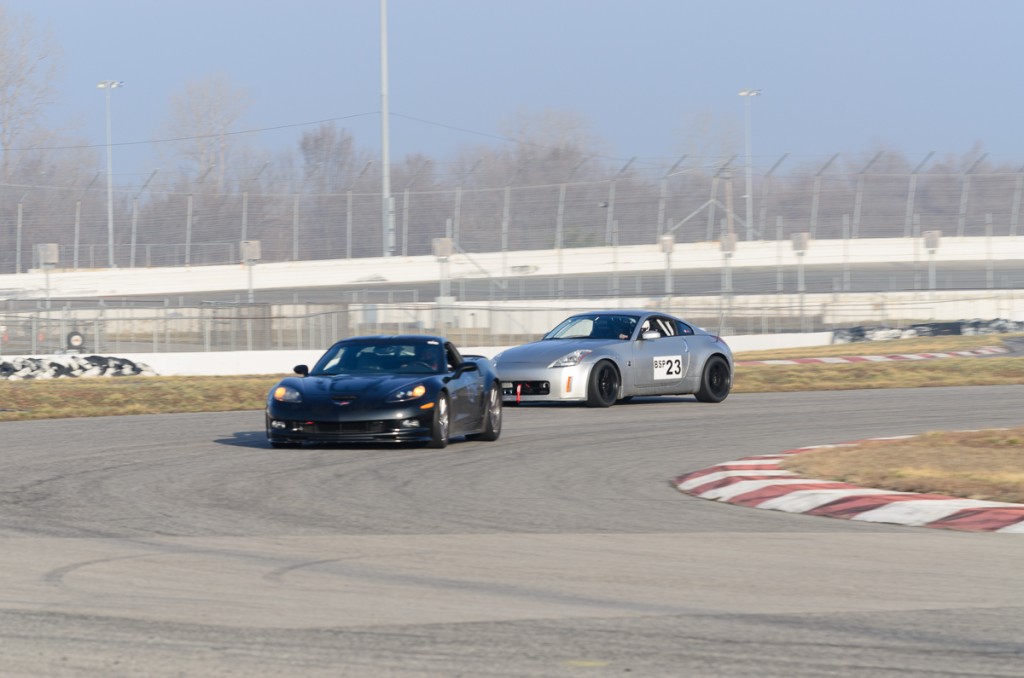 Taking video of yourself is quite amazing because when you are in the car everything feels so fast, however coming home and watching the video after the fact it is obvious that I had plenty of grip left to get on the throttle much sooner. So that is going to be my main goal for the next track weekend.

Here is a video of one of my faster laps of the day on Sunday.

On April 26th I will be racing at Mid America Motorplex in Omaha. That track has many, many more turns and is a much more challenging track. Should be fun!